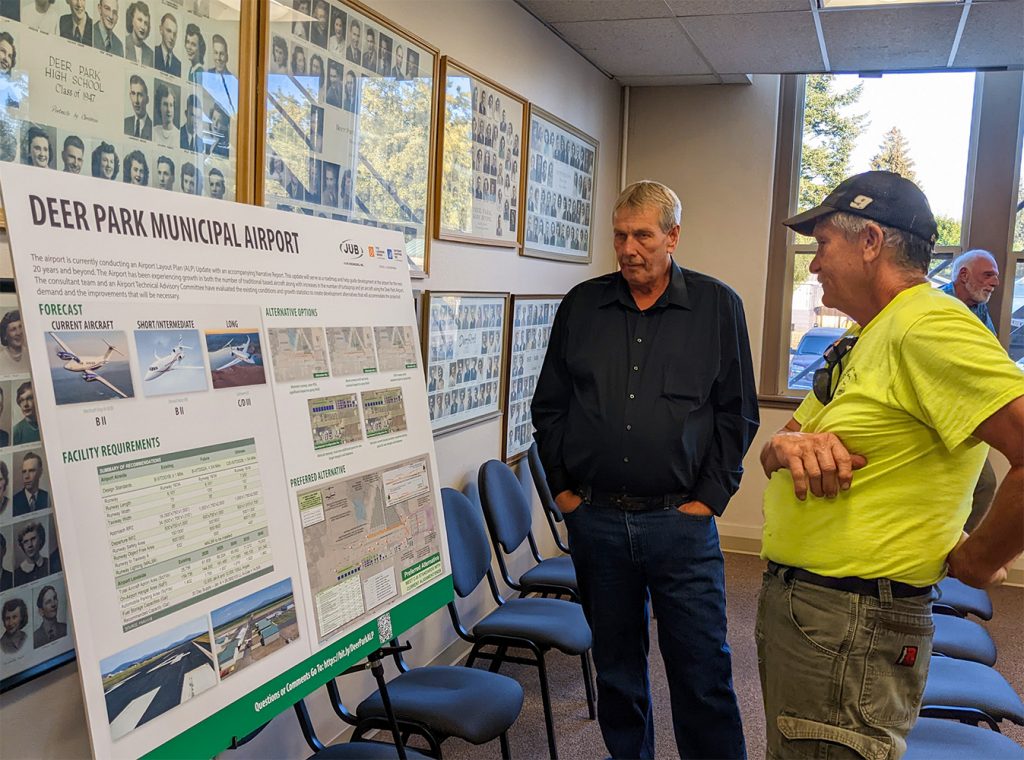 Airport Manager Darold Schultz talked with locals at the open house hosted by the City of Deer Park.

Improvements to the Deer Park Airport have been in planning for several years. The city has reached the point now of seeking comments as part of the Federal Aviation Administration (FAA) grant funding requirements. Comments will be accepted until the end of October 26th.

The Deer Park Airport operates on a balanced budget without any additional funds from the city. A portion of the incoming funds results from fuel sold to departing aircraft. However, many aircraft leave Deer Park with a partial fuel load, just to stop in Spokane to purchase the remaining amount they needed.

Changes to the airport layout does not mean larger aircraft will be based at Deer Park, though it is a possibility. Larger aircraft often use more efficient engines that direct less sound toward the ground. It does mean that the airport can better serve the aviation needs of the area, which will result in more jobs within the city limits.

The FAA and the Deer Park Airport’s budget would provide the funding for the improvements. According to the current proposal, once completed, the airport would support C-III aircraft. 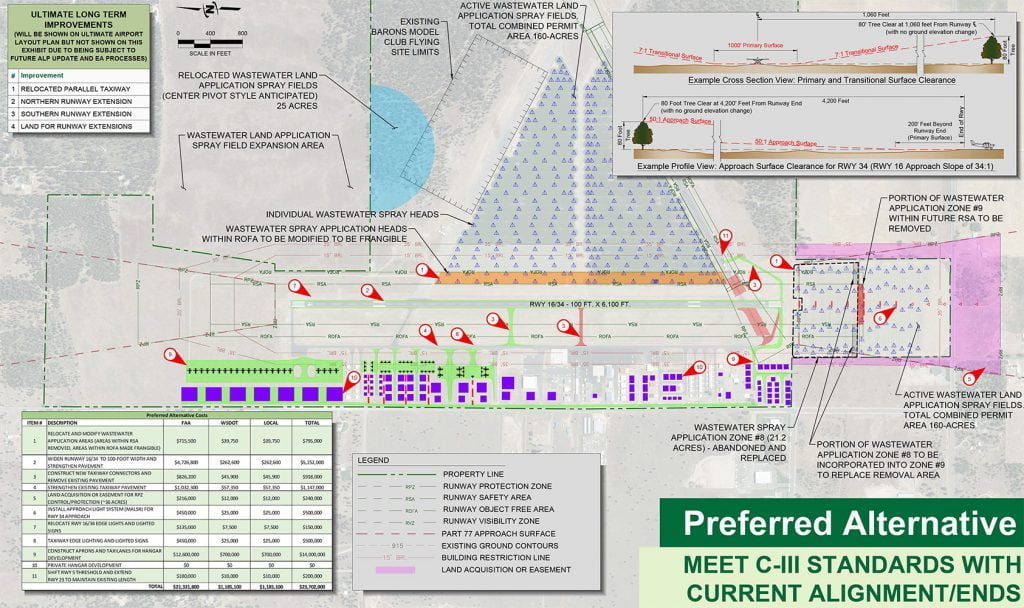 The proposed layout for the Deer Park Airport. Click here for the PDF.

Wastewater Treatment Impact
The city uses fields to the south and the east of the runway for spraying treated wastewater. The fields are harvested for animal feed under a contract with the city. As part of the proposed upgrades, the spray fields south of the runway would need to be relocated. The city owns property adjacent to the airport for the purpose of expanding the spray fields to meet future demand for wastewater treatment as the city grows. The relocation of the spray field would utilize a small portion of airport land that will eventually be connected to the spray field expansion area.

Comments & City Council Presentation
The City of Deer Park is seeking comments online. Use the link below to comment by October 26th.

There will be a presentation at the November 2nd City Council Meeting. Citizen comments are most often allowed at the end of the meeting. 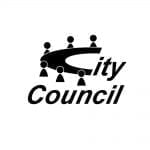 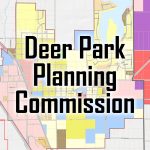