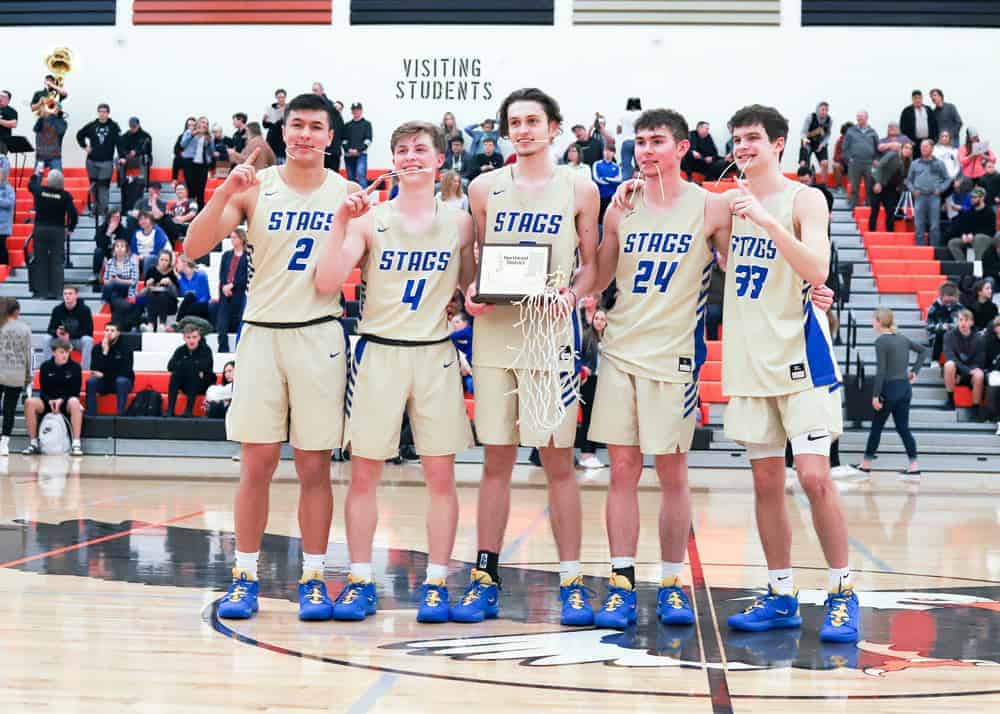 In a 71-62 win against Freeman, Deer Park walked away as district champions once again. “There’s not a lot of history for us as a basketball team,” says head coach, Chad Hand. “We’re building on last year with this title, building a foundation for our younger guys out there, building traditions and our seniors play a huge role in that.” Jake Black, Hunter Dryden, Dylan Inman, Bennet Lim, and Jobi Gelder finished their senior season with their heads held high. These five pivotal players have played for years, and contributed to the recent success of Deer Park basketball.

Bennet Lim joined basketball per his parents’ pressure in the seventh grade. Despite missing two high school seasons due to injury, Lim’s athleticism placed him back on the varsity roster. He says the team’s devotion to the game has led them to success during league play, and will continue to push the underclassmen as he and the other seniors move on in years to come.

Eight-year player Jake Black says his team has become his family; they’ve never played for themselves, but rather, for the people beside them. With only four seasons of high school basketball, Black encourages future players to work hard and love every day. He accredits his love for the game to his friend and teammate, Hunter Dryden.

Hunter Dryden was the first athlete Chad Hand coached from this year’s senior class. Hand remembers him as the “tiny third-grader walking the halls of Arcadia, looking like a first-grader, wearing a Zags basketball t-shirt that was at least two sizes too big.” Dryden started playing basketball as soon as he could walk, he says, because his older cousins played. With his senior year coming to a close, he says he’s going to miss everything from the tough practices to the wild bus rides and “having the time of [his] life” with his teammates.

Dylan Inman was praised by Coach Hand as one of the strongest leaders of this year’s basketball team. “Everyone has a role on our team. You get a kid like Dylan who always shows up, always does as he’s told, but also has limited time on the floor,” Hand says. “He never let that go to his head or affect his positivity.” Both on the sidelines and on the court, Inman led by example. His leadership has pushed his teammates and contributed tremendously to their success.

Jobi Gelder moved to Deer Park during his junior year, but has quickly left a huge impact, and now will leave the team with big shoes to fill. Gelder was named as the 2020 Most Valuable Player for the NEA league, and now holds his second year title as all-league first team and leader in points per game. He says the game has been in his blood, as his father played at the collegiate level. Gelder plans to continue with basketball through college, but has yet to decide where.

This district championship was monumental for Deer Park boy’s basketball. This year’s title only further proves that Deer Park basketball is a force to be reckoned with. Like Coach Hand says, these boys are building a foundation for years to come. During this fourth and final season for the athletes of 2020, Deer Park thanks you and your families for your years of tireless effort, leadership, and commitment.