Fire Boss: The New Hero In The Battle Against Wildfires 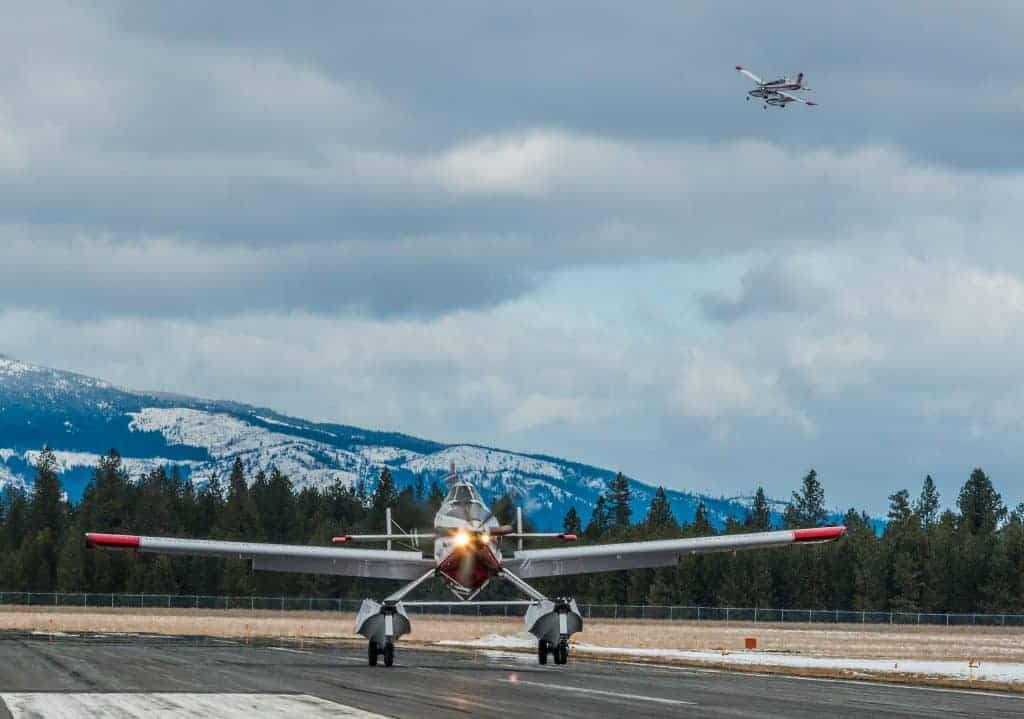 As much fun as can be had in the summer heat, there is a darker side to this warmer weather. Not only is the early heat causing the area creeks and rivers to overflow their banks, it also bakes the ground and underbrush, creating prime conditions for wildland fires.

All sizes of aircraft are now called into the wildland inferno as the various state agencies work to maintain a healthy forest. A recent entry into this growing conflagration is the Fire Boss. The aircraft floats, made by Wipaire, are coupled with the Air Tractor AT-802F to provide a large advancement to the tough process of fighting forest fires.

Earlier this spring, you may have noticed groups of these small planes flying over Deer Park. The Fire Boss team practiced water bombing at the airport; they would practice these water pickup and drop offs all while flying in formation.

Currently 3 Fire Boss aircraft are stationed in Deer Park and will be ready to deploy at the first notice of a fire within their reach. Keep an eye on the skies this summer; maybe you’ll catch a glimpse of the new hero of the sky.

The Fire Boss has the capacity of 820 gallons of water (or flame retardant). These small single engine aircraft have the ability to make a pinpoint drop in support of the firefighters on the ground who are engaged in fighting the inferno. The other notable attribute of the Fire Boss is that it allows for the aircraft to refill from a lake without stopping. The aircraft approaches the nearby body of water, skims across the surface while maintaining near takeoff speed, and fills its floats with water, returning to the air in less than a minute. The economy of the small aircraft, coupled with the capacity and efficiency of the Fire Boss floats, greatly reduces the cost of the fire-fighting operation. It also adds a very flexible piece of equipment for reaching those hard-to-get spots.

The Fire Boss is capable of carrying 20 loads (14,000 gallons) in an hour, and delivers its load for $.65 per gallon of water. Other aircraft that have been used recently, such as helicopters and large converted airliners, can cost up to $6.00 a gallon.

Forest fires will still be difficult and dangerous, but the Fire Boss provides a huge advantage to wildland firefighters. So next time you are out on the lake, watch out for these crop-duster size planes dropping down to fill their tanks and returning to battle the flames.

To view a video about how the Fire Boss refills from a lake, go to DPGazette.com/firebossvideo  For more photos and details about the Fire Boss you can Download Fire Boss Brochure.