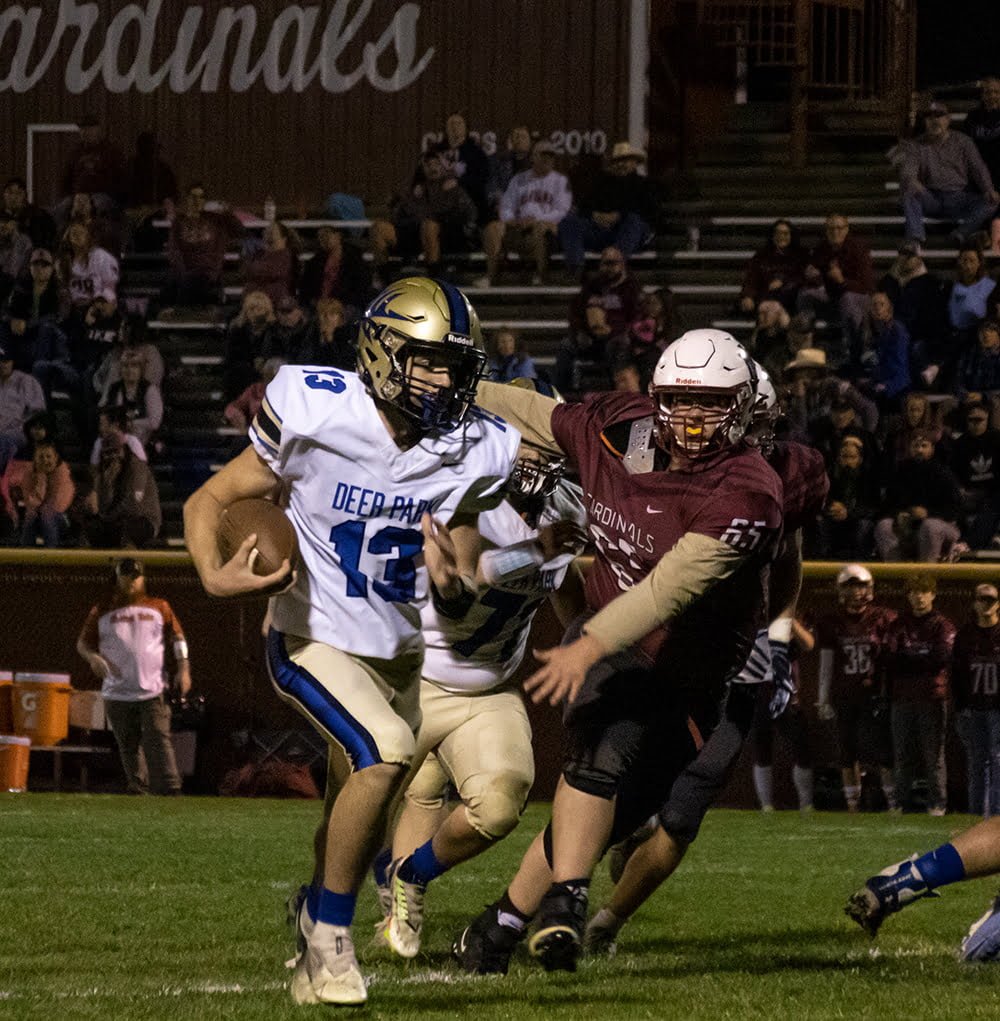 This article has been been made possible by support from TRECpro. 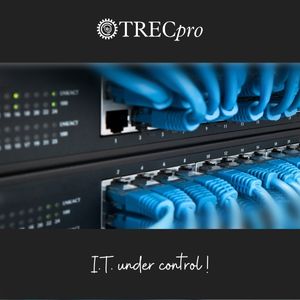 The Deer Park High School football team cruised to a 41-0 triumph over Medical Lake on Friday, ending a three-game losing streak for the Stags.

With the victory, Deer Park improves to 3-3 overall on the season and 1-2 against fellow Northeast A League opponents.

The Stags opened the game on defense, but quickly got the ball after the Cardinals fumbled on third down. Six plays later, the visiting team was ahead 6-0 on a touchdown from junior running back Camron Leamond. The two-point passing attempt failed.

After converting a pair of fourth downs on the next possession, Medical Lake found itself with a 4th-and-2 from the Stags’ 12-yard line. That’s the closest the Cardinals would get to scoring all evening.

Head coach Levi Hogan said Medical Lake threw some wrinkles in its offense early on, and it took his defensive line a few plays to adjust.

“It was good for them to get that stop and then just kind of keep rolling that momentum,” said Hogan, now in his third season at the helm for the Stags.

Deer Park put together an 89-yard scoring drive in just five plays next, capped off by a passing touchdown from senior quarterback Remi Scott to junior running back Dylan Hall.

Scott found the end zone with his legs on the next three possessions, showing off his duel-threat ability. In all, the Stags scored touchdowns on their first five drives, taking a commanding 34-0 lead early in the third quarter.

“Most plays he knows what all 11 guys are doing on the field, so he does a great job helping guys in the huddle,” said Hogan. “His leadership and command there really shows. And then his confidence and ability when he tucks it down and runs the ball is pretty good. He’s got some pretty good shift to him and some wheels.”

For good measure, sophomore quarterback Aiden Martin came in and scored a rushing touchdown in the fourth quarter for the final score.

The Stags produced 275 rushing yards on 30 attempts, for an impressive 9.2 yards per carry. Scott led the team with 62 yards on the ground, in addition to 54 passing yards, completing all three of his throws.

During his sophomore season, Scott took over under center when the starting quarterback got injured.

“I remember that first game I came out and played against Riverside in the Battle of the Horns — it was tough,” Scott said of his first start two years ago. “That experience has helped me a lot. Now I can come out confidently and help lead these guys and get them in the right mindset.”

Sophomore Tyzer Coffin finished with 54 yards rushing on a single spectacular attempt, while Leamond had 40 yards, Martin had 33, junior Liam Bogle had 33, sophomore Gavin Carnahan had 25 and junior Zaine Stoddard had 22.

The Stags (3-3 overall, 1-2 district) travel to Newport (2-4, 1-3) on Friday to take on the Grizzlies, before closing out the regular season at home against Riverside and Colville.

“We just have to show how explosive we can be on offense,” Hogan said. “We want to start fast and finish strong.”

Newport, which has squeaked out tight games over Deer Park the past two seasons, will look to attack with a Wing-T offense known for its misdirection and quarterback options. The Stags anticipate a physical game, especially on the defensive end.

“Newport’s tough, I think a lot of people overlook them,” Scott said. “Their offense isn’t built to come from behind so that first stop is going to be huge. Then we’ve got to drive the ball down like we have been.”