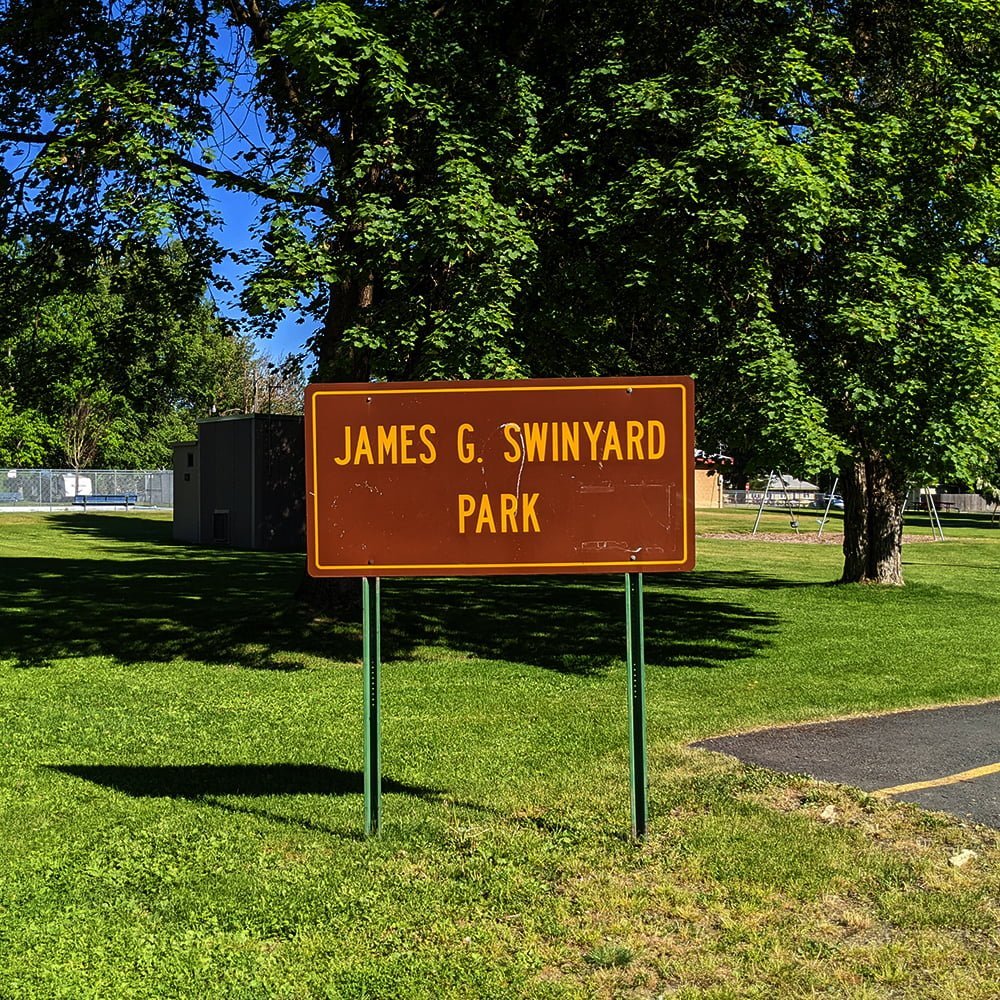 Deer Park City security camera caught a fight in Swinyard Park. The fight escalated to a pistol being pulled and fired up into the air. The shooter was identified and an arrest has been made by Spokane County Sheriff’s Deputies.

A report of a fight was made on May 31st, 2021, at approximately 9:50pm, Spokane County Sheriff’s Deputies responded to the area of Swinyard Park in Deer Park. The report had been of a fight where one male threatened one victim with a gun. The victims had left the scene, and no one was reported to have been injured.

The victims told deputies that they arrived at the park in a vehicle and the male victim used the restroom while the female stayed in the parked vehicle. Two males, one later identified through the investigation as 23-year-old Greygory C. Wilson, approached the car.  The encounter quickly turned into a confrontation with the males cursing and calling the female names.

The male victim exited the restroom, noticed what was happening, and confronted one of the males for disrespecting his girlfriend.  The male suspect punched the victim, who noticed Wilson and a third male begin to circle him.  Deciding not to fight three people, he turned and walked back to the car.

As the victim got into the vehicle, he was struck in the head from behind.  He got in, and Wilson and the two other males began kicking and punching the car as he drove away.

A short time later, the victim returned to the park carrying a baseball bat.  As he approached Wilson, Wilson drew a pistol from the small of his back.  Wilson pointed the handgun at the victim and then fired a shot into the air.  The victim moved toward Wilson again, and Wilson backed up and fired the pistol two more times.

Soon after, the uninjured victim left the scene and later reported the incident.  The suspects were not located after the victim was contacted.

Continuing the investigation, Deputy Garza identified Wilson and checked his name and date of birth. He learned Wilson was a convicted felon and prohibited from possessing a firearm.

Based on the investigation, Deputy Garza developed probable cause to charge Wilson and with the assistance of an officer with the Washington State Department of Corrections located him. Deputy Garza transported Wilson to the Spokane County Jail, where he was booked on the charges of Unlawful Possession of a Firearm 2nd Degree, Malicious Mischief 2nd Degree, Unlawful Discharge of a Firearm, Criminal Mischief, and Assault 4th Degree. Charges would have been steeper for Wilson, however, due to the victim approaching Wilson with bat first the charges were reduced.

Further investigation is underway to identify all other suspects involved and additional arrests, and charges are possible.

If you have any knowledge of this event you can contact Crime Stoppers. This is a program which is a completely confidential tip line to assist law enforcement fight crimes in our area. You can even be eligible to receive a cash reward if the information given leads to an arrest of a felony offender. Callers never have to give their names or appear in court.