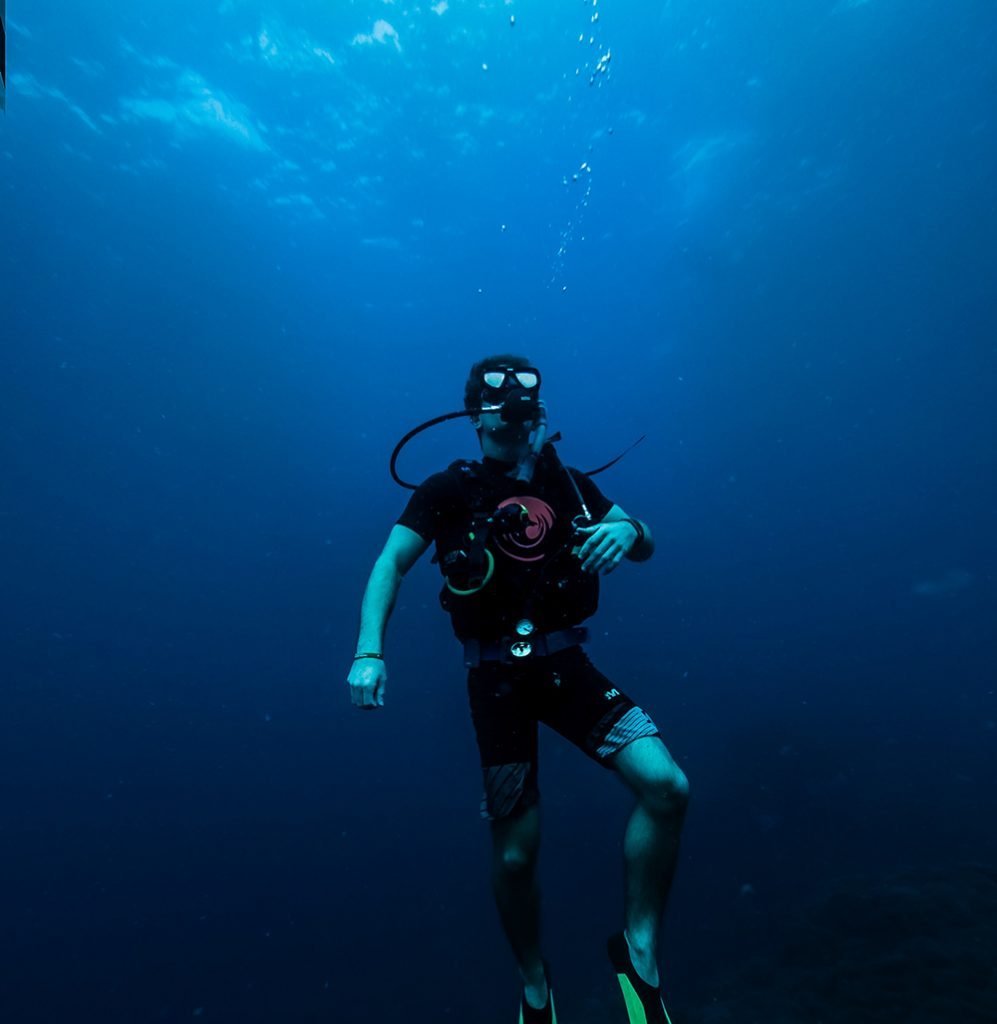 Mark and Mary Turney are retired high school sweethearts from Seattle. Together, the two of them practice a unique way to recover lost items: scuba diving.

I think it’s safe to say that almost everyone has lost something in the water or at least knows someone who has. Living in the Pacific Northwest with a body of water no more than fifteen minutes away from anywhere, it’s bound to happen—whether it be a gust of wind blowing that brand new pair of aviators in the lake, tumultuous boat waves knocking a cell phone from the dock, or perhaps a forgetful dive in the water that costs a pair of car keys.

Fortunately, there’s a way for locals to recover some of these lost possessions.  Mark and Mary Turney moved to Deer Lake a few years ago and have since been recruited by fellow lake-goers for their recovery services.

About The Dream Team

Mark Turney was born and raised in Southern California by his parents who were both teachers. Every summer, the three of them and his three siblings would make a two-day drive up north to spend the break at Deer Lake. “In the sixties, there were very few people around the lake, [leaving] lots of free space for my siblings and I to just run free,” he says. “It was a spectacular way to grow up.”

Turney says that from a very young age, he was always very mechanically inclined with a special fascination in water apparatuses. At the age of nine, he crafted what he called a “Rube-Goldberg” diving snorkel from a garden hose and air pump. Anything “Rube Goldberg” implies an intricate design, almost comically over-the-top, to perform a simple task. Turney’s friends would wait on the dock and hand-crank the air pump while he stayed below the surface, exploring as he pleased with oxygen running through the hose. Later that same summer, Turney designed and built a “diving bell” submarine—a large chamber suspended from a cable that allows for deep diving with minimal pressure—from a 55-gallon steel barrel.

As childhood came to a close, Mark Turney spent his high school years with Mary, who he had known since birth. Following high school, the couple split and pursued their individual lives. Mark graduated from college in Arizona and spent a few years working in Los Angeles before moving to Seattle to work in a hospital as a Computer Network Administrator. Living on the coast, he says he was naturally drawn back to the water and rediscovered his love for diving. By his late 20s, he was certified as an open water diver. Since then he has been certified in the use of a drysuit, as a rescue diver, and as a NITROX diver. “Chasing down dungeness crab for dinner and playing with seals [was] a great way to spend your weekends and after-work hours,” he jokes.

Mary, on the other hand, was a paralegal and legal office manager in Southern Oregon and then a medical credentialer in Seattle. “[Mark and I] found each other again about ten years ago,” she explains. “Even though we are both sixty and have always known each other, almost every aspect of our lives together is like a new adventure for us.”

The adventure for them both continued when they retired and decided to follow Mark’s childhood dream of moving to Deer Lake. Fishing, hiking, swimming, and partaking in so many activities that Mark participated in as a child has been wonderful. He was able to bring his new diving experience with him to Deer Lake, and was gifted a Go-Pro camera from Mary to document his underwater adventures. Soon enough, his friends began to wonder what diving was like and the Turney’s decided to create a YouTube channel. Word quickly spread around the lake that Mark was a diver, and he began getting calls from neighbors with hopes he could find the things they’ve lost.

Mary has not yet been certified as planned due to COVID-19, but remains a key piece in Mark’s adventures. From setting up equipment to warning off nearby boaters to keeping his airlines kink-free, Mary is an equally important factor from above the water. “When we go snorkeling, I follow along and [Mark] hands me whatever treasure he finds so that I can place them in his goody bag while he continues searching. So I refer to myself as his ‘Goody Girl,’” Mary says with a laugh.

This scuba diving dream team can often attract a crowd while out in the water, but they want to remind everyone that scuba diving is a serious sport. Mark Turney has nearly 40 years of diving experience under his belt. Diving in a lake presents all sorts of dangers, such as decompression sickness or airline interference. Although scuba diving is fun, the couple would like to emphasize the importance of the training and certification it takes to scuba dive safely.

The Turney’s are most often asked to find prescription glasses and cell phones, but the occasional rarity does come up. A year ago, Mark was exploring the west sandbar at Deer Lake with a metal detector when he received a strong signal about 20 feet deep. He dug up a metal ring with three names engraved in the side. Mark thought there was a chance he could find the owner, so he posted pictures of it to the Deer Lake Next Door website in hopes someone would remember losing it.

A few days later, Mark received a call from a man who was beyond excited to reclaim his ring. He correctly identified the three names of his children engraved in the side, and explained that he had lost it three years prior. He and his wife spent their honeymoon at Deer Lake, and the day after their wedding his ring slipped off his finger and sank out of sight. The Turney’s returned the ring to his wife, who was then able to place it back on his finger where it belonged. “All was right in the world that day,” Mark says.

“So if any of your own treasures go for a swim, look me up,” Mark says. “I might be able to help. I’m just doing this as a hobby, I am not a business, and don’t charge for the attempt—I just love diving new locations, and this gives me a chance to dive places that I normally would not have the opportunity to.”Contact Mary Turney for lost item recovery at Deer Lake Next Door, or message Mark on Facebook at DPGazette.com/fbmarkturney. Or, if you’re only interested in his underwater adventures, subscribe to his YouTube channel  “Mark Turney Deep Dive” DPGazette.com/ytmarkturney.