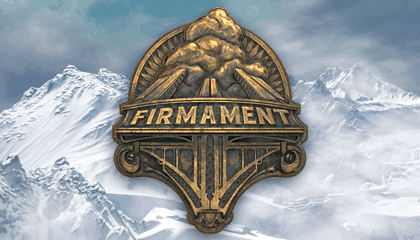 The world creators at Cyan are back at it, wielding new ideas for another strange and mysterious adventure game. A little less than a year ago, Cyan announced they were working on a new game. The title for the game: Firmament. A trailer and concept art subsequently emerged. Myst fans and adventure gamers were enthralled. There was doubt, however, if the game would ever see reality… or in this case virtual reality.

“Kickstarter is a way for us to reach out to our fans to help us fund the types of games we like to build and they like to play,” said Rand Miller, CEO, Cyan.

Should the funding from fans come in, and the Kickstarter be successful, Firmament will be developed for multiple gameplay platforms. Scheduled for release in the summer of 2020, gamers will be able to explore the new immersive worlds with traditional computer gaming, or virtual reality (VR) headsets such as the Oculus Rift and HTC Vive.

Located in north Spokane, Cyan Worlds Inc. is a small company that has immersed gamers across the globe in fantastical locations.

The current Kickstarter campaign will be open until 3pm April 26th; go to DPGazette.com/firmkick to see how they are progressing. This is an “all or nothing” campaign, which means if Cyan doesn’t reach the full 1.3m, all of the monies pledged will return to their donors.

I know many gamers are excited by the hope of a new Cyan world to delve into and explore. I hope for a successful campaign and will count down the days until the summer of 2020.