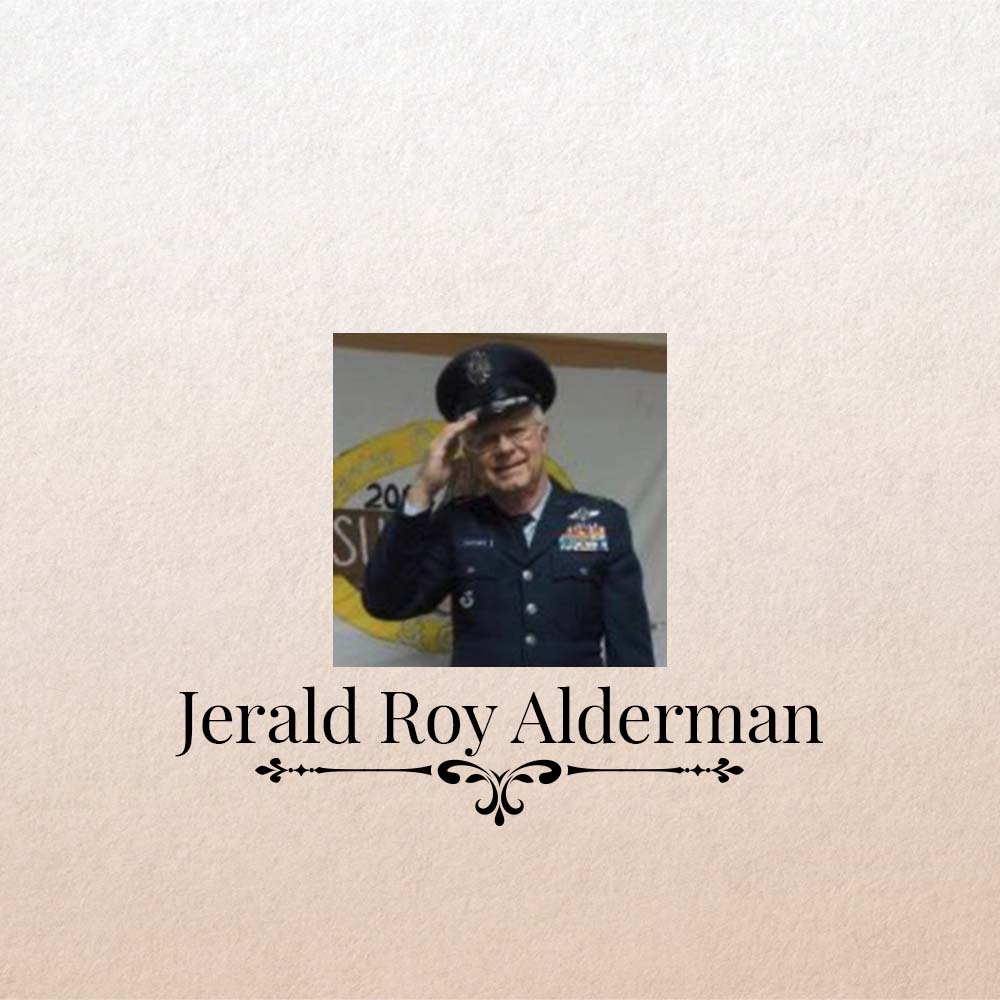 Jerald Roy Alderman, 80, passed away November 9th, 2021. Jerald was born November 4th, 1941 to Clarence and Laverne Alderman, Bowling Green, Florida. The 2nd of 3 children, he was raised on the family watermelon farm. After graduating from Hardee County HS, Jerald attended Florida State University where he majored in Experimental Psychology. While there he met Carol Dawirs and the two married in 1967. After graduation, he went into the Air Force and served as an Electronics Warfare Officer. Flying on B-52s during the Vietnam War, he received many awards, i.e. the Meritorious Service Medal and flying in 234 combat missions. He was also the Commander of the Busy Island Task Force in Okinawa. Jerald obtained 2 Masters degrees one of which was in Logistics Management. He also got his small plane pilots license and loved flying.

In 1989, Jerald retired, Lieutenant Colonel, while stationed at Fairchild AFB in Spokane. After retiring, Jerald became very involved in the Rock of Ages CF, where he served as Trustee and helped run Point Man Ministries. He was involved in the Promise Keeper and Intelligent Design movements. He supported many missionaries and ministries, including Northwest Christian Schools, from where his 2 children, Roy and Michelle, graduated. He also pursued post retirement careers including teaching earth science and financial planning.

Jerald loved camping and driving his RV all over the nation. His favorite stop was Yellowstone National Park and one would call him 3G, that is, “Geyser Gazer Geezer”. His favorites were Great Fountain and Grand Geyser.. Always the talker, he could start up a conversation with anyone.

In the latter years of his life, he and Carol moved to 5 wooded acres in Deer Park and he loved his final retirement home. They also attended Peaceful Valley CC.

Unfortunately, Jerald eventually succumbed to dementia. Michelle and Carol were able to find him a care facility with two amazing Christian caregivers. The family would like to thank Sandu and Lyuba Codreanu for taking such good care of Jerald over the last 20 months. They would also like to thank Steve Carter for always being his prayer partner and visiting him almost every week while at the care facility. Jerald was most proud of his family and the fact that they all loved and pursued the Lord. Jerald is survived by Carol, his wife of 54 years, his younger brother Hurley (Donna) Alderman, son Roy (Mickey) Alderman, Daughter Michelle (Jon) Hayashi, Grandchildren Zeon, Keera, and Tiberius Alderman, and Elizabeth, Jonny, David, Sarah, and Anna Hayashi, numerous nieces and nephews, and several great nieces and nephews. Jerald was preceded in death by his parents, his step dad, and his older sister Beverly. Memorials can be made to Samaritan’s Purse’s Ministry: Operation Heal Our Patriots. PO Box 3000, Boone, NC 28607; A Celebration of life Service will be held at Peaceful Valley Church, 201 Allen Rd., Elk, WA, at 2pm on Saturday, December 18th, 2021. 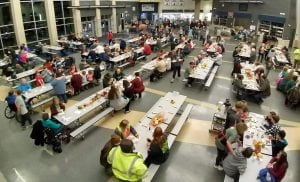