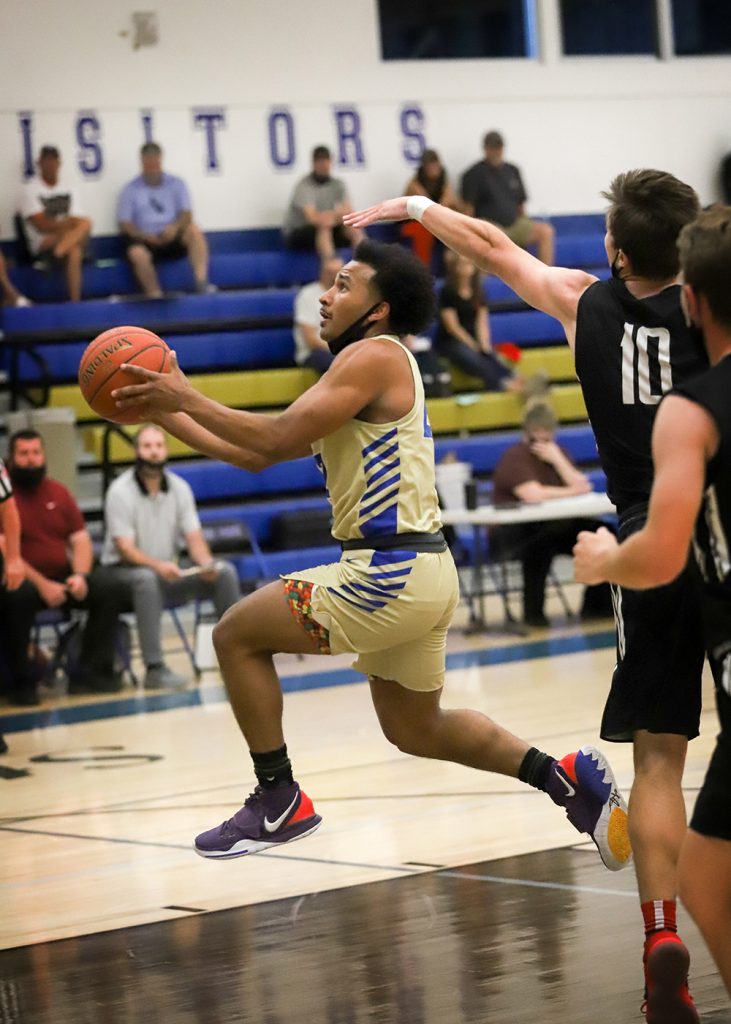 Deer Park High School 2021 graduate Dawson Youngblood finishes his senior year with several impressive accomplishments, including being on his way to play basketball for the Community Colleges of Spokane.

In 3rd grade, Youngblood took the court for the first time, and he hasn’t left it since. Now, nine years later, he’s getting ready to take the floor for the Sasquatch team.

“I’ve had a great time, playing with some great players over the years,” Youngblood said. “I’m excited and thrilled to be a part of the 2% of high school athletes that get to continue to play at the collegiate level.”

In the past four years, Youngblood has been a part of some great teams, both with Jenkins High School (Chewelah) as a freshman, and then at Deer Park to finish out his high school career. In his three years at Deer Park, he helped win one league championship, two back-to-back district championships, just falling short of a third this season, and qualified for the State Tournament twice (three times if COVID  hadn’t canceled all state tournaments this past year). He also achieved multiple All-League honors, capping it off with a North East A (NEA) League Most Valuable Player (MVP) as a senior this last season. “League MVP was always one of my goals. I’m happy to have achieved it,” he commented.

But, maybe most notable was his accomplishment of scoring 1200 points in his high school career. Also,  he proved he can be the “go-to guy” in crucial moments and pressure situations. “I don’t feel pressure. It’s nothing I don’t do in practice. I just do it one more time,” he said.

He decided he wanted to focus on basketball every day in 7th grade, and that dedication has paid off. Now he gets an opportunity to be a scholarship player for the Community Colleges of Spokane (CCS), who have been watching his progress since he was a freshman.

“We are excited to have [Youngblood] in the Bigfoot Basketball program,” said Coach Groth. “He is an extremely hard worker who can shoot, get to the basket, and he does whatever it takes to help his team win!”

While at CCS, Dawson plans to get his AA degree, and then transfer to a four-year school to further his education and hopefully continue playing ball.