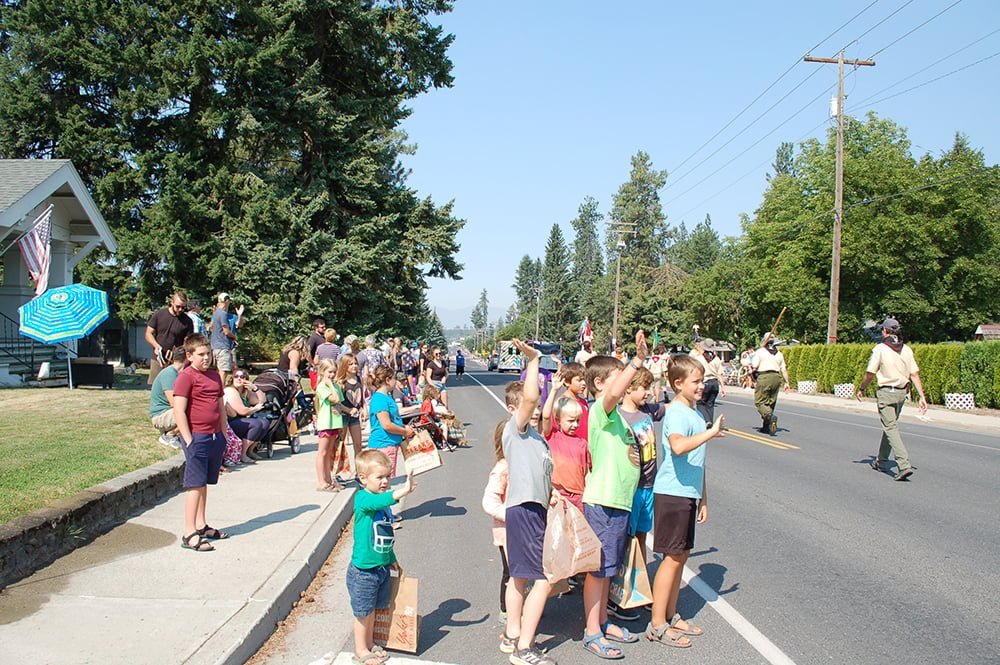 Settler’s Day is a unique combination of tradition and innovation and a vibrant part of our community, but Settlers Day 2021 was a milestone. It marks the end of an era, the last day of a 100-year history. Yet, at the same time, it marks the beginning of one also. As if turning over an empty hourglass, the sand has begun flowing again, marking the dawn of Deer Park’s next century.

They Could Never Have Imagined

When the early settler-families decided to celebrate their community, they could never have known these events would become a local tradition continuing now for 100 years. One of the original settlers to Deer Park honored this year was the Losh family. Lloyd and Eva Losh thought it would be fun to invite family and friends to their farm on Wild Rose Prairie for a Settlers Day picnic. They could not have imagined five generations of their descendants would be introduced at the 100 Settlers Day Celebration, or that a plaque would hang in Mix Park commemorating their first picnic. They could not have known Settlers Day would become Washington State’s oldest continuous celebration.

Indeed, our patriotic forebearers would be pleased to know that a century later, Settlers Day opened with the presentation of the colors by the Boy Scouts Troop 2202 and singing of the national anthem by 14-year-old Mackenzie Hayes, a cadet in the Civil Air Patrol. After graduation, she has plans to enter the Air Force Academy, making her the fourth generation in her family to serve in the United States Armed Forces. Just imagine a young girl in 1921 telling her parents she intends to join the military.

Bill and Bette Cox started the Miss Deer Park Program in 1954. However, selecting royalty was done as early as 1947. Faith Lowry was 17 years old when she was chosen to wear the crown for Settlers Day 74 years ago. She returned for the centennial celebration looking quite regal, wearing her silk sash draped over one shoulder and a diamond-studded crown. Now 91years-old, Faith (Lowry) Terrell, alongside royals both past and present, were honored Saturday as if golden threads woven into the historic fabric of Deer Park. Early settlers could never have anticipated a day where 74 years of Deer Park Royalty would stand together on the stage at Mix Park so people with cell phones could take their pictures.

The hourglass has turned over, and the first grains of sand are passing through the narrow neck moving us into Deer Park’s next century. Like those living in 1921, we have no way of knowing what Settlers Day 2121 will bring. But, as with the settler-families who came before us, much of this next century will be determined by the involvement of today’s Deer Park residents.  No effort is too small; look what a simple picnic can do for a community.