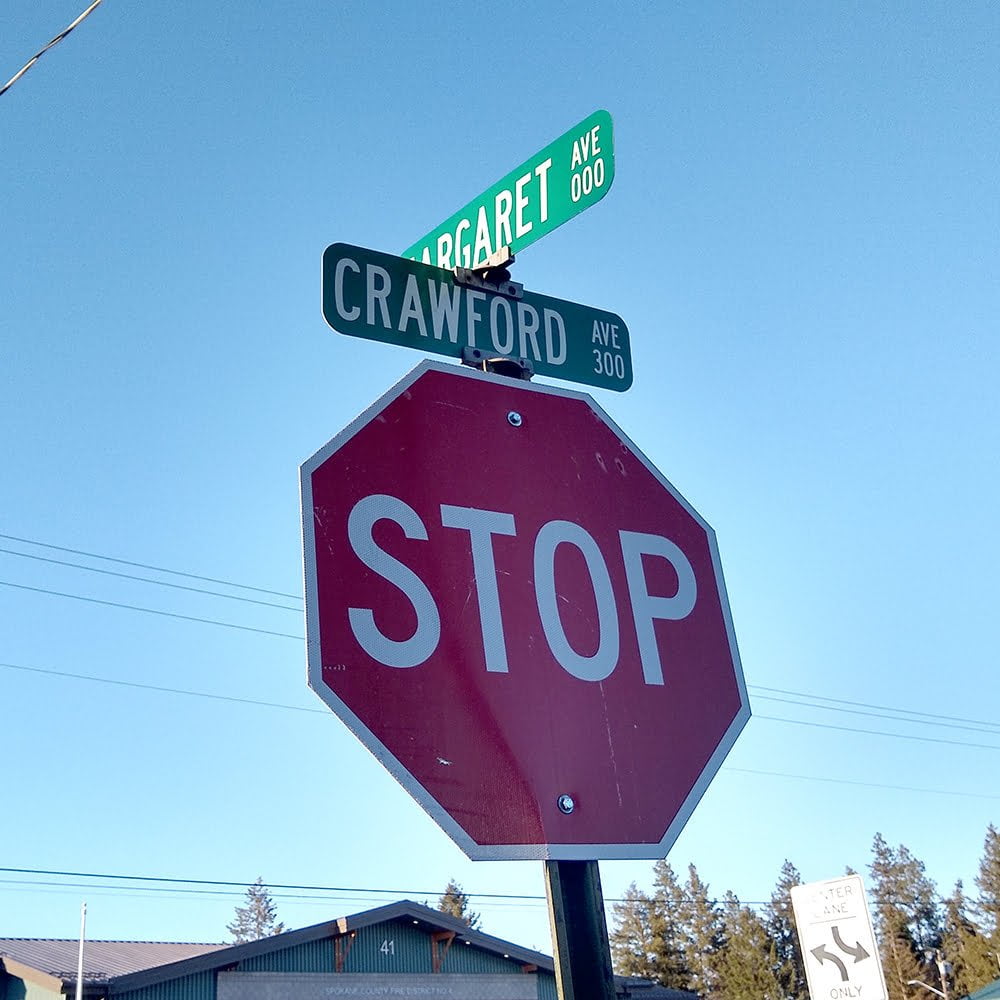 While Spokanites wrestled with the aftermath of the Great Fire of Spokane on August 4th, 1889, workers of the Spokane Falls & Northern Railroad had just completed laying track five miles north of Wild Rose Prairie, in what is now known as Deer Park. They built a railroad sideline at that location. (A railroad sideline is an area of extra railroad track where railroad cars can be stored and trains can pass on the main track(s). It was this sideline that provided a perfect location for Minnesota native entrepreneurs William H. Short and his brother-in-law George E. Crawford to open a portable sawmill. With contracts to supply the cross ties and lumber for the railroad’s continued growth towards Chewelah and beyond, their enterprise was a huge success. In 1891, the Short and Crawford families helped found the Congregational Church on North Main Street, now called the Open Door Congregational Church. This is the oldest church in Deer Park. That same year, Short opened up a large boarding house for lumber workers, which eventually grew in size, purpose, and popularity. The portable saw mill became a permanent structure, and eventually Deer Park Lumber. Unfortunately, George Crawford’s stay in Deer Park was cut short due to family illness back in Minnesota, and then the death of his wife, Gertrude, in 1894. He returned to Minnesota, and died there in 1946.

When, exactly, Crawford Street was named in his honor has not yet been confirmed. A 1915  Sandford Insurance Fire map shows the street may have had a previous name, Moore Avenue.  The map shows both names for the same street. It also shows two streets with the Crawford name assigned. Later maps show only Crawford Street as we know it today, with the other Crawford Street now being First Street.

This 2 mile stretch of road through the heart of town eventually becomes Deer Park Milan Road.  Although the Crawfords may have been here for a little while and long ago, their name continues as a part of our history, our road, and now our new roundabout.

To read more about the Crawford-N. Colville roundabout, see go to DPGazette.com/oi263.

As a final note, Crawford State Park in Pend Oreille county is not named after George E. Crawford, but named after Metaline settler and businessman William H. Crawford.