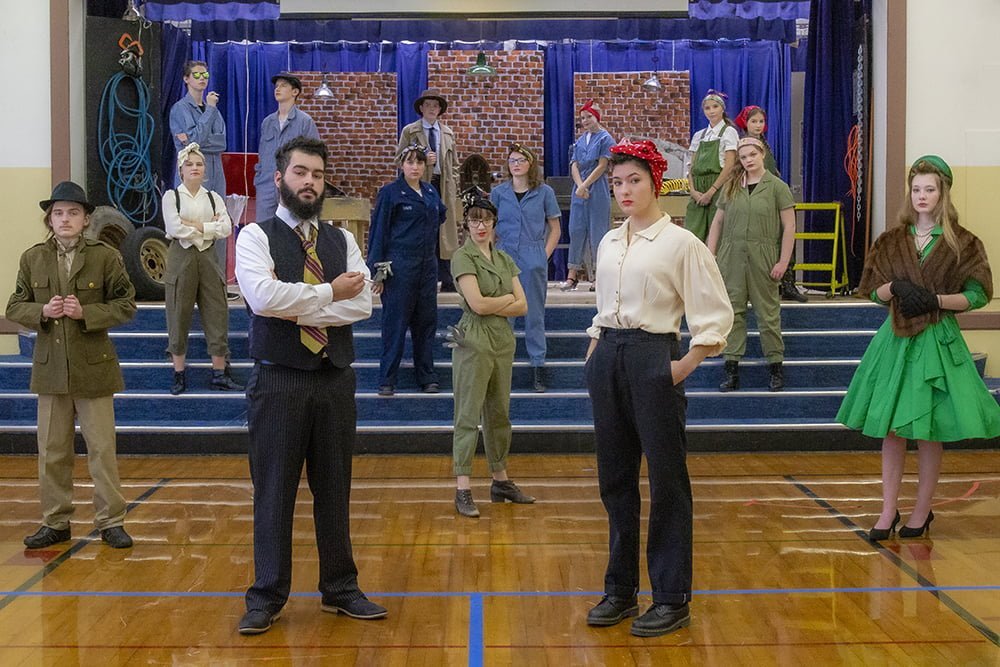 Perhaps inspired by their title character, Rosie the Riveter, Deer Park’s home link drama team overcame some big challenges and found a way to make their production come to life. In the face of changes, and the choice to either cancel yet another event or adapt, they adapted and broke the mold.

In an empty auditorium, wearing acetate face shields, the cast was forced to perform like never before. With no audience to speak of or perform to, the clever crew attached helium balloons to each of the chairs. They delivered their story and their message so well that you would never know they were performing to a vacant theater.

For many of the students involved, this was their first time being involved in a play production; they were  joined by a few more seasoned veterans as well as some former students who were invited back to help fill out the cast. The lack of experience was never apparent; the whole crew rode through the required emotional hills and valleys with professionalism and poise.

To bring this meaningful production to the local audience, home link drama instructor and director Sharlene Steverding arranged to have KDK One – Digital Media Production film, edit, and produce DVDs of the play that could then be borrowed and viewed by families and the community at large.

Performed during the week of Dec 7th in memory of the attack on Pearl Harbor, which also plays a major role in the story, the play was dedicated to all of our brave servicemen and women. The story kicks off with an average day in the early 1940s; however, lives have already been turned upside down by the attack on Pearl Harbor and the subsequent launch of the United States into World War II. With material shortages, the group at the dealership realize that they can’t make car parts anymore, so they decide to manufacture airplane parts instead. Because so many of the men are overseas fighting, it is left to the women to work in the factories. This, naturally, doesn’t go over well with many; however, many more do jump into their new role and thrive.

So much of this play was impactful, striking at the heart with the thoughts of what our “greatest generation” went through, and made possible for those to come after them. Especially impactful was a scene where many of the characters were gathered onstage, reading portions of letters they were writing to their loved ones who were fighting overseas; likewise, watching the characters grieve after the losses caused by factory accidents and casualties of war, followed by them rising from their trauma to regroup and continue their work on the line. They understand that their work is saving lives.

I asked for some thoughts from the students who performed in the play; they responded with this:

“This play has been in production for quite some time. We as a class faced many challenges throughout the course of this year, but it only made us stronger. The support of our school and classmates helped all of us stay positive and focused on finishing our beloved project. I hope that everyone that views the play gets the same feelings of hope, empowerment, and strength that we experienced on set during this semester.” 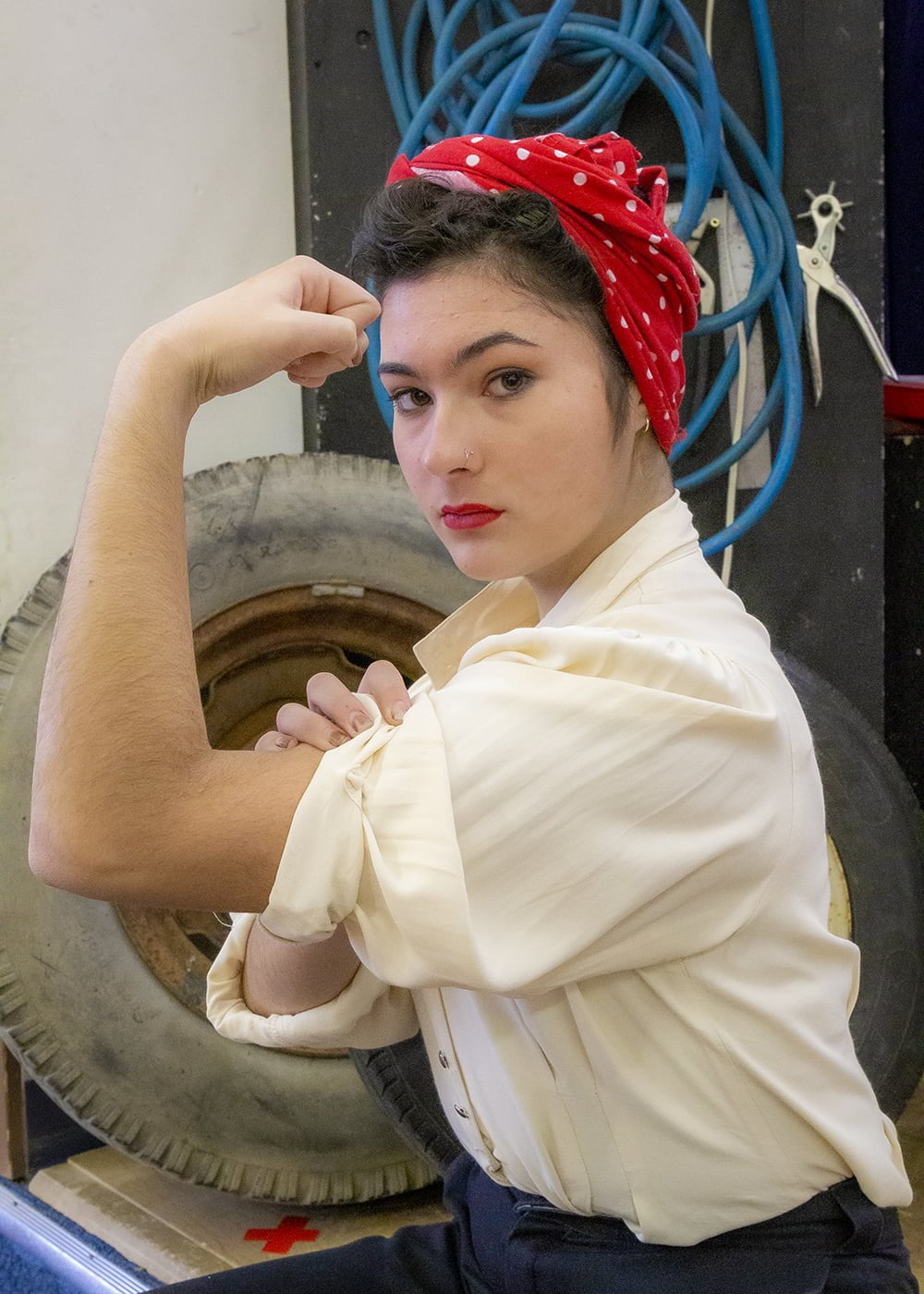 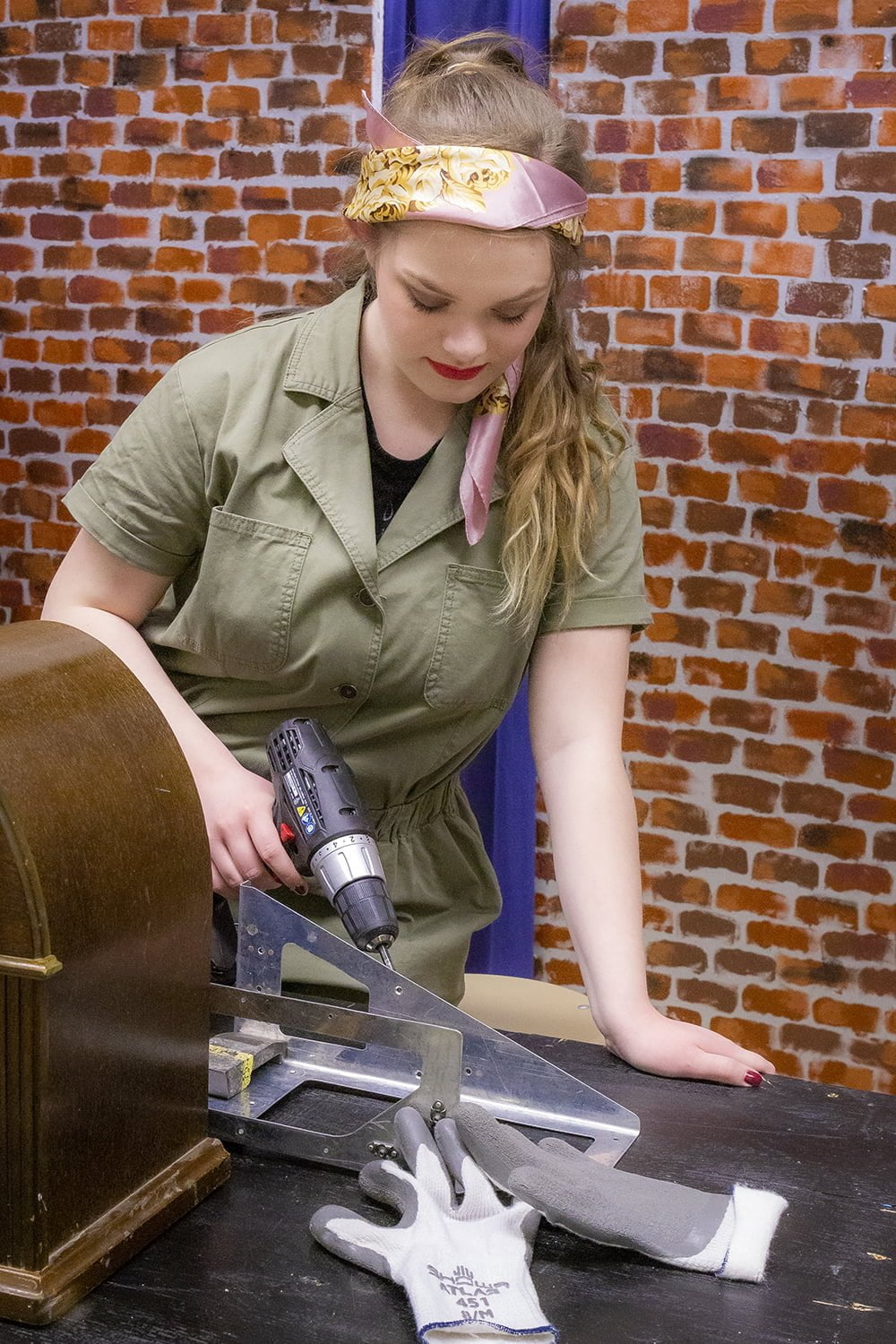 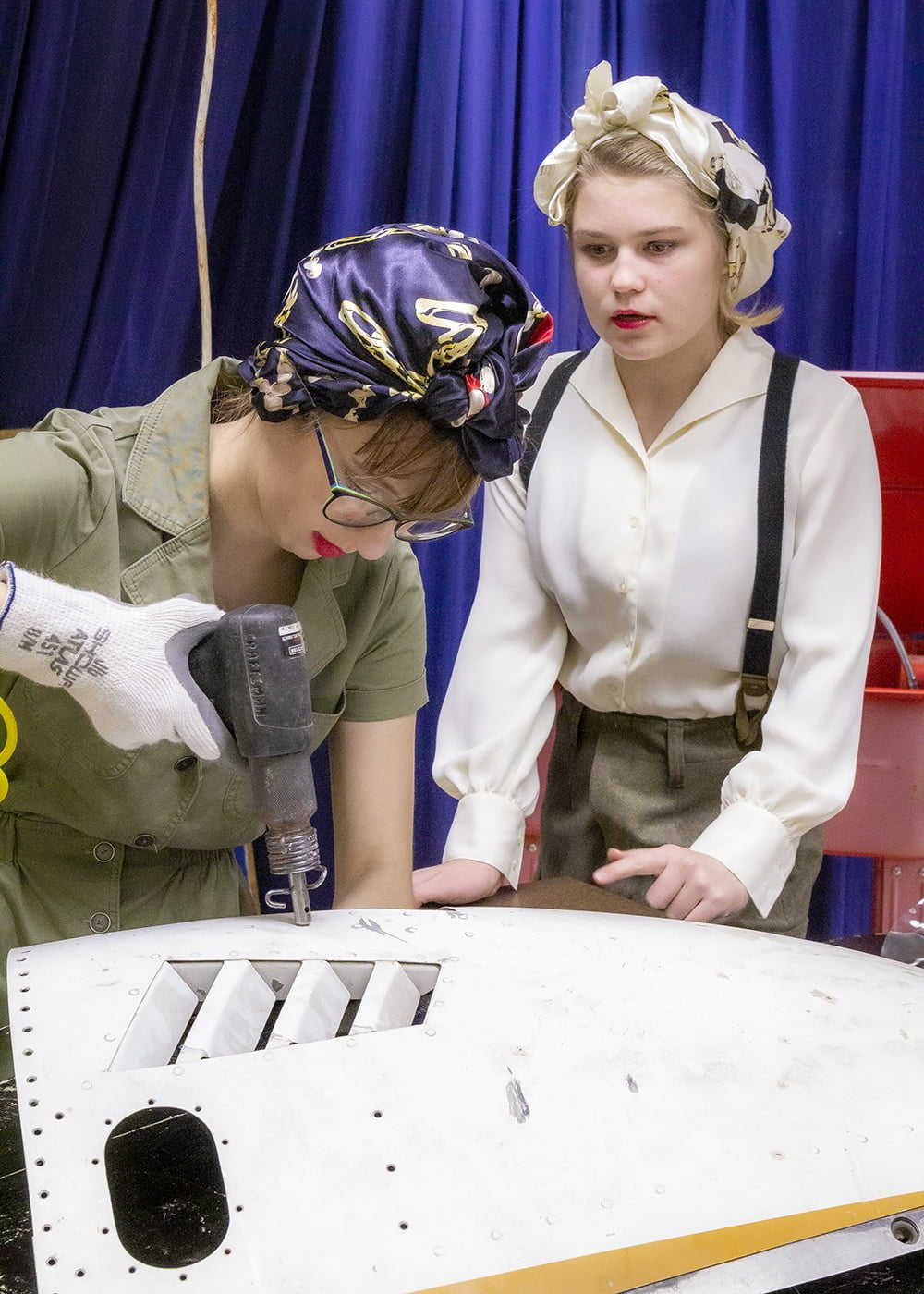 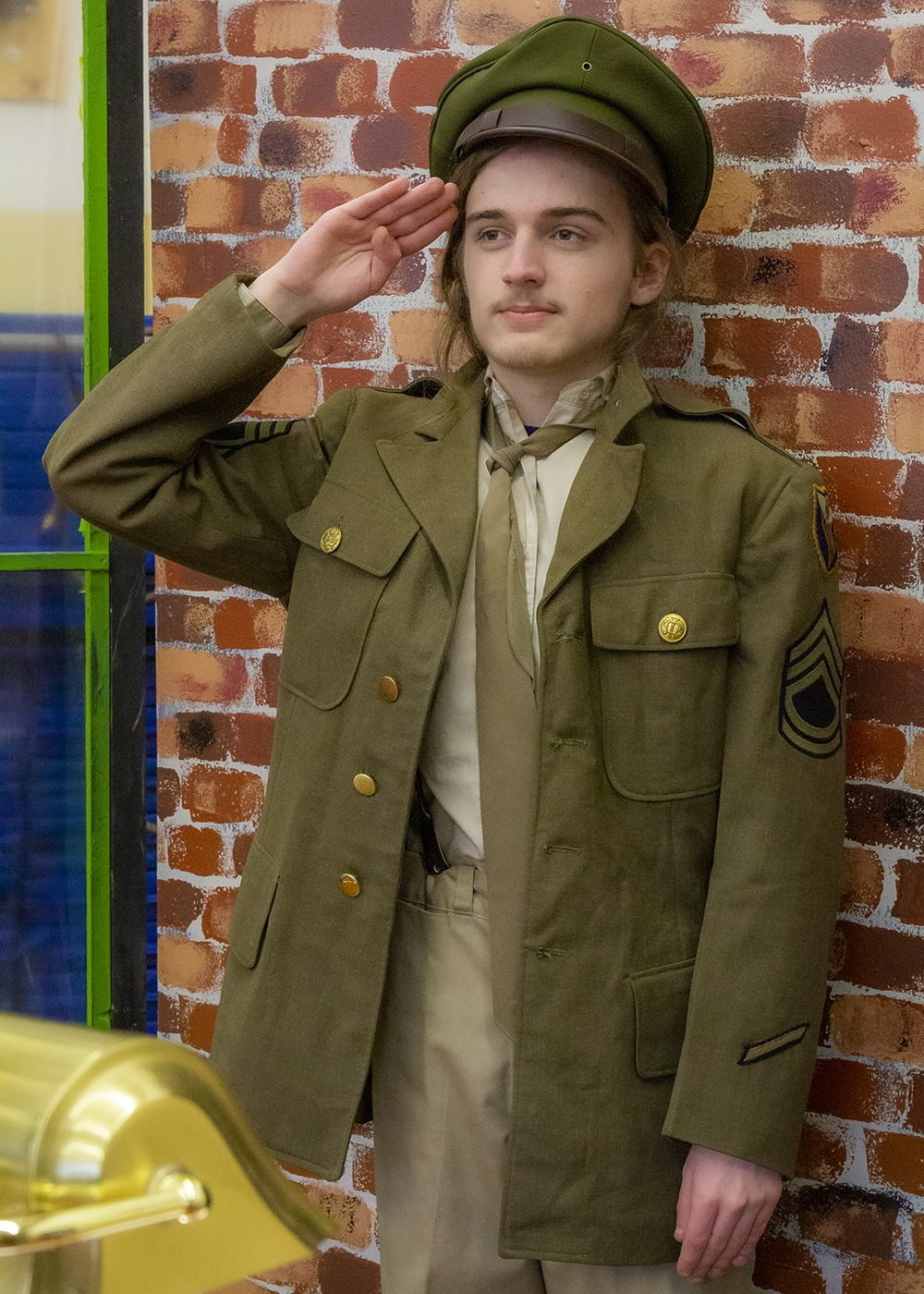 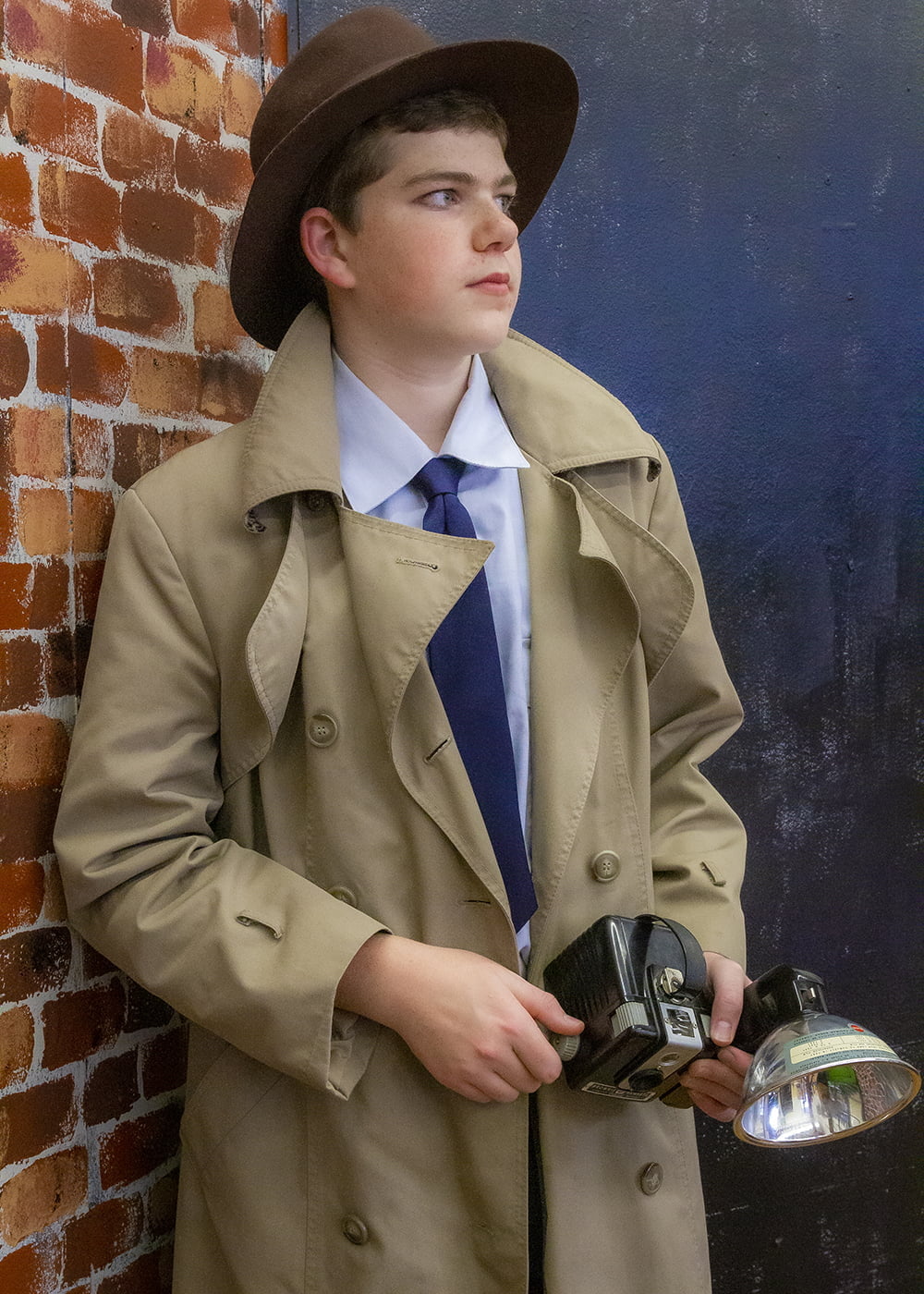 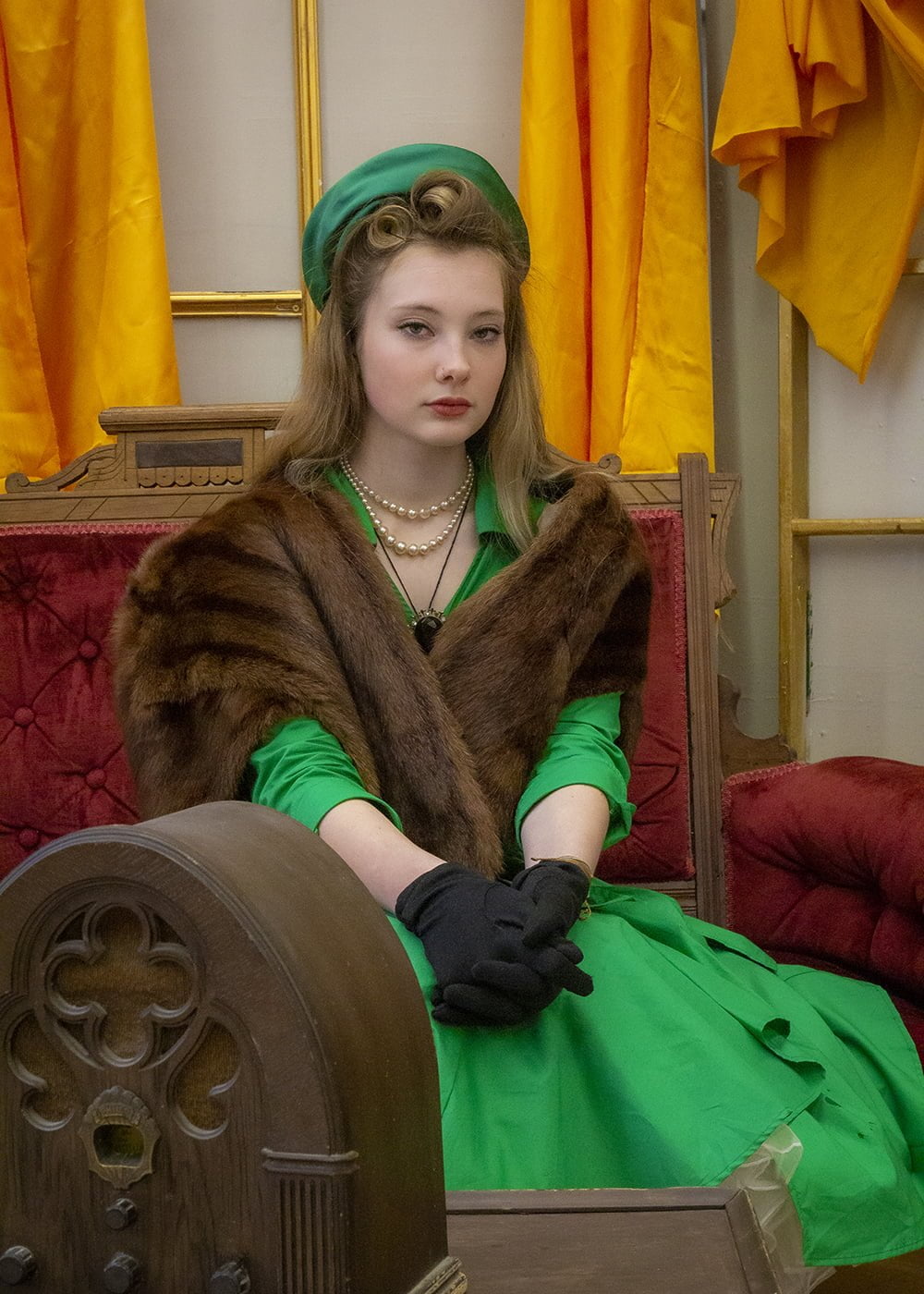 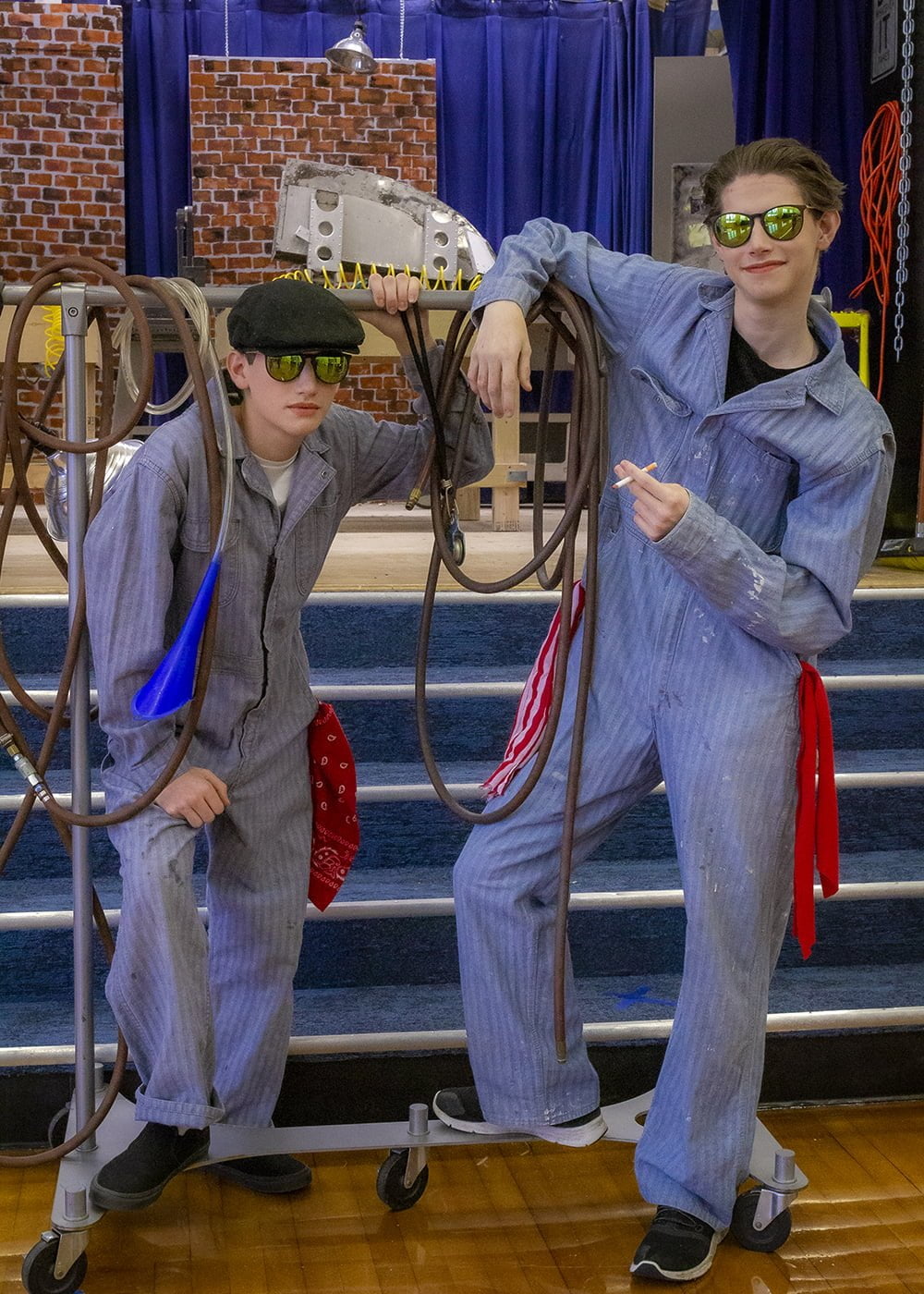 Even in such a strong cast, there were a couple of standouts: Nicole Araya played the title character Rosie. A 4 year veteran of drama, this was her largest role to date. Keira Heizer who took this part as her first theatre role, played Helen. These two leading ladies carried so many lines and a whole range of emotions. They kept the audience grounded in the world of the play, and the reality of the time period it portrays.

The cast as a whole was a solid unit, and I give them all a standing ovation… in my living room.  I was both heavily burdened and uplifted by the indomitable American spirit. The home link drama’s production of Rosie the Riveter is moving, inspiring, and especially timely.

If you would like to reserve a copy of the play on DVD, visit the front desk at Deer Park Home Link or call 468-3350. 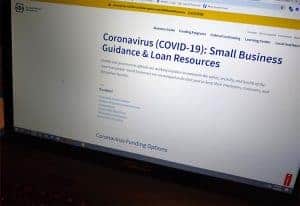 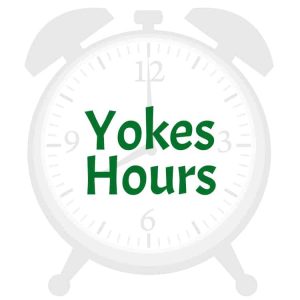 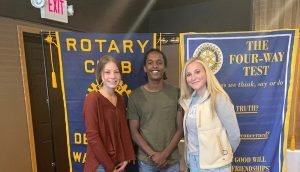 Rotary Students of the Month September 2021 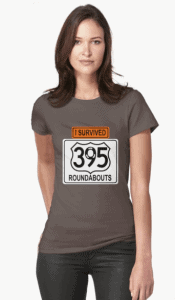 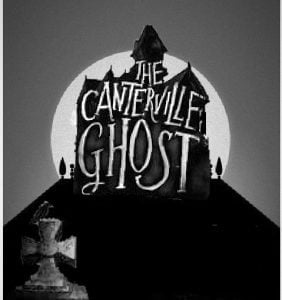