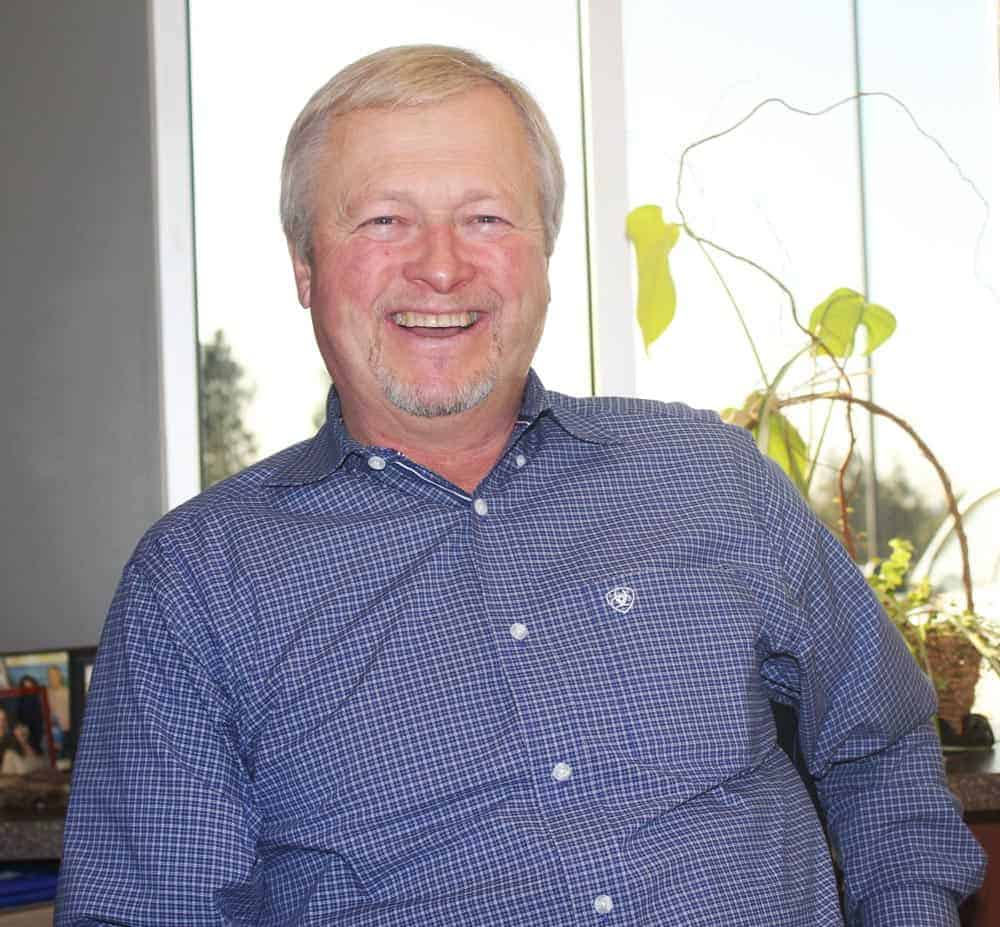 Doug’s near 50 year journey to become a leader in the construction industry had a modest beginning. Of his early experience Doug says, “As long as I can remember, in third grade, I wanted to be a carpenter. That’s what I wanted to do.” Growing up in a construction company, he always went out on the job. He remembers when he was in the fifth grade he went out to the job site and picked up blocks. He would go out with his father during the summer, living in tents on the job site as they built metal farm buildings. As he got older, Doug did what he calls his “apprentice thing”. He worked to expand his business skills by running crews, doing sales, estimating jobs, learning job safety, and taking the lead on a variety of industrial projects. In the late 1990’s the company began working on succession planning, with Doug eventually taking over the reins of the construction operation.

Recently, Doug’s business interests have ventured into a new arena, providing broadband internet service. His new company is Knightcom Inc. He says that Deer Park lacks a high capacity business internet service that supports the needs of larger businesses. He hopes that Knightcom Inc. will help meet this need. As part of this new venture, Doug worked with the Deer Park School District to provide broadband internet service to support the district’s educational and administrative programs.

In 2016 Doug was invited to join the board of the Deer Park Chamber of Commerce. In 2019 he was elected to the position of Chamber President. When asked why he joined the Chamber Board, he said, “I got involved because I could hopefully help some of the other businesses that were just trying to get started by providing advice or pushing for things that would improve the business climate.” He and the current board have worked hard to transition the Chamber from relying on volunteers for assistance to running the Chamber as a business. He feels improving the marketing of the Deer Park Light Industrial Park and the airport are a priority for the Chamber. “We haven’t properly promoted these assets.” In addition to his Chamber involvement, Doug has assisted with local community events such as Pumpkin Lane, the DEW Drop-In airport fly-in, and WinterFest.

When asked if there were other worthwhile community efforts in which he would personally like to get more involved, he referred back to his roots in the construction industry. He said he would like to improve local high school industrial arts programs. In particular, “I really want to have more involvement in the welding classes. For some reason they have slipped through the cracks. I want to get into sponsoring kids at Deer Park and Riverside High Schools by buying steel for them so they can improve their skills.”

When asked how he keeps himself motivated, Doug says,”My brothers and I are go-getters. We’re a long ways from being lazy. You just go after everything. That’s kind of the way the construction business is. You have to remain optimistic. If you dwell on the bad things or how hard it was today, you’ll never get there tomorrow. So being an optimist, or being optimistic on whatever projects we are working on or wherever we are at in our life, keeping a good attitude and moving ahead and working hard and being disciplined with your business and treating people the right way is what is going to make you successful. This area has blessed us so much and you know it’s time to give back for the Knight’s success.”