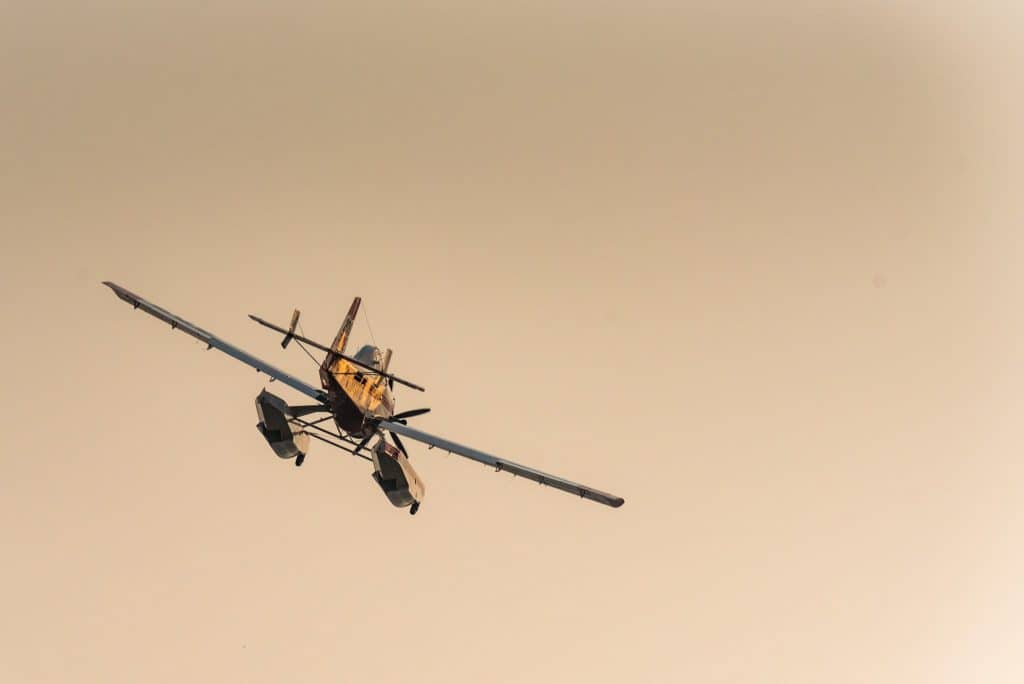 There is a battle during fire season. The ground forces facing the flames head on are joined in the skies by helicopters and planes, including three Fire Boss aircraft stationed in Deer Park, that travel to nearby bodies of water to scoop and return to the frontlines.

There is a further struggle, though, that often goes unrealized; the battle for the space in the sky and the water that would allow these firefighting aircraft to do their jobs.

Oftentimes in the summer, these water retrieval craft are stymied by recreational boaters using lakes that are, perhaps, several miles from a fire.

Stevens County Fire District 1 posted on Facebook, saying “The planes do not have warning devices so they will usually do a low pass or two to get everyone’s attention.” They recommend that when you see a water plane perform these passes, please head towards the shore and give them a lot of room.

The Fire Boss, in particular, is able to skim across the water’s surface at near takeoff speed while it fills its tanks, then returns to the air in less than a minute. Not only does the aircraft pose a risk to mariners, but the associated wake that they create by scooping the water so quickly is also dangerous. This small crop duster-like plane is able to carry 20 loads in an hour, so you might have to get out of their way more than once.

Disrupted waterplay is a worthy price to pay for the possibility of saving forests, homes, and lives.

Another risk to the firefighting team is the use of Unmanned Aircraft Systems (UAS), commonly referred to as drones. When a drone, no matter what size or purpose, is spotted in the vicinity of a fire, firefighting aircraft are required to land for their own safety.

According to a National Interagency Fire Center (NIFC) information graphic, there were 36 UAS incursions in 2017, and already 14 this year. “If you fly, we can’t,” the graphic states. This means firefighters on the ground lose their air support until the drone is grounded.

With the growing popularity of aerial footage, it is no surprise that drone pilots would seek to get those amazing shots of the fiery action. However, flying in such close proximity to the flames, the firefighters, and firefighting aircraft puts many lives in danger. The NIFC says “if you fly, someone could die.”

In addition, if you are discovered flying a drone near a fire, it can result in a significant fine and/or a mandatory court appearance.

Help keep our firefighters safe; keep your drone on the ground during a fire.

For more information about flying a drone around a fire, go to DPGazette.com/nifcdrones

Flying drones and boating are popular and fun summer activities; however, sometimes these air and water spaces must be briefly relinquished for the good and safety of others. Local Fire Districts and the Department of Natural Resources (DNR) are working hard to protect our wildlands as well as our homes and property. Be alert, be aware, and stay out of their way.

“It is illegal to resist or interfere with the efforts of firefighter(s) to extinguish a fire,” per US Code of Federal Regulations, 43 CFR 9212.1(f).

For more information about the Fire Boss got to DPGazette.com/fireboss