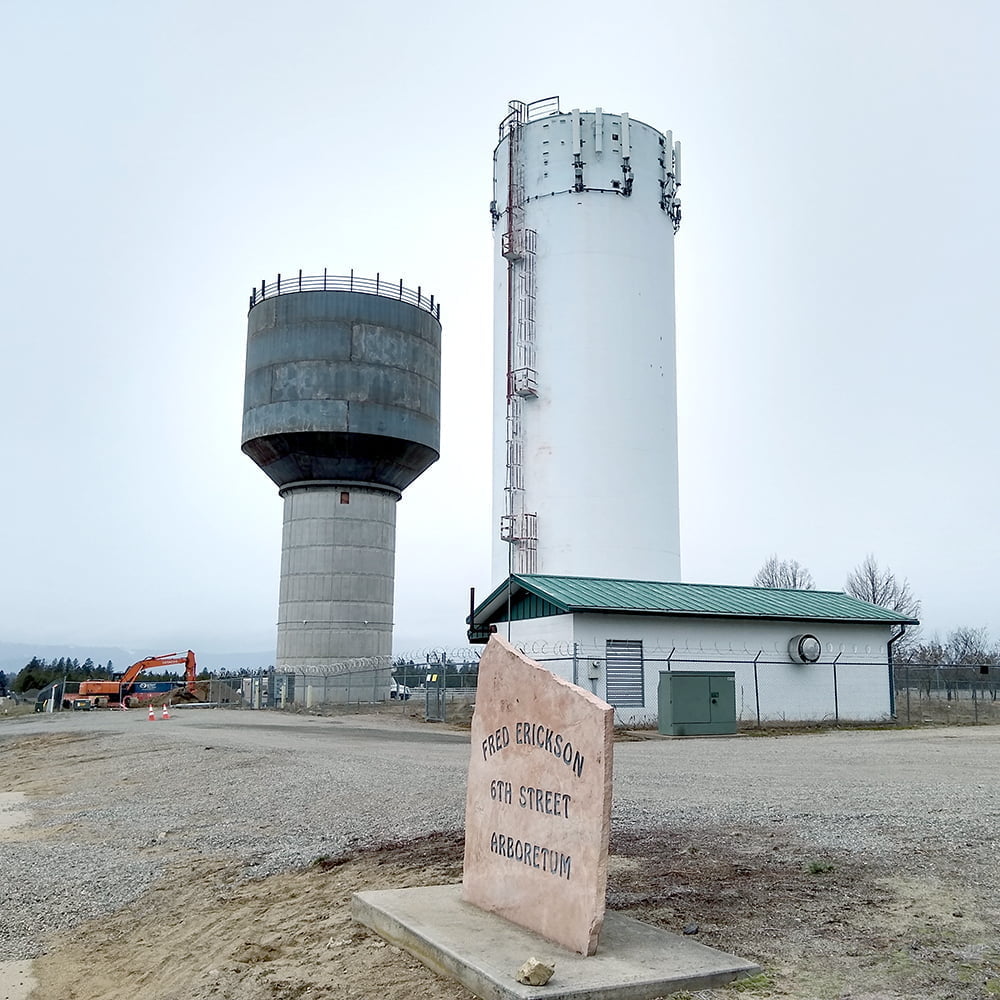 Councilmember Ron Scholz has resigned due to job relocation. The Council was given short notice to decide to spend extra money to paint a mural on the new 6th Street Water Tower.

With less than two years left in his term, Councilmember Ron Scholz has resigned due to promotion and relocation to Texas. Scholz was not in attendance at the meeting. His resignation was effective as of March 16th, which was the day of the council meeting. The council will hold a discussion at the first meeting in April regarding filling the position. The council has 90 days to appoint a replacement. If no one is selected before that time expires, the county commissioners will have 90 additional days to make an appointment. If neither the council nor county commissioners are able to agree on an appointment, the task would pass to the Governor.

The Mayor added the mural to the agenda at the last minute for consideration. Since April of last year, the mayor and city staff have been working with the contractor on the mural. However, the council was not made aware of the mural until just minutes before they were to vote at the meeting. The mural is expected to have a lifespan of 20-25 years. The contractor will create a design for the mural based on Mayor Verzals suggestions.

Due to increasing costs, bids for this next phase of the well rehabilitation will cost an additional $65,000 above what was expected. Rebidding the project would likely only result in even higher costs as time goes on.

Every five years, the city is legally required to update the Water Comprehensive Plan. However, this year’s plan will be considerably more involved due to the significant project of replacing the current sewer lagoon. As a result, the city will be contracting with JUB Engineers to complete the plan update project.

The current sewer lagoon was designed with a 15-year lifespan and was built in 1985. The lagoon was financed with a 40-year loan, which will be paid off this year.

The new sewer lagoon will be built beside the 1985 lagoon. The project is expected to take three years. When completed the lagoon is projected to have a lifespan of 40 to 50 years and support 7,000 residents. The main limiting factor is the spray farm located at the Deer Park Airport.

A very brief public hearing was held during the meeting regarding the LID. No one spoke up during the meeting. At the urging of City Attorney Charles Zimmerman, the council waived the three reading process despite no urgent need to expedite the process.

You can watch the city council meeting on our YouTube Channel. Use the links below to skip to parts of the video you might be interested in.