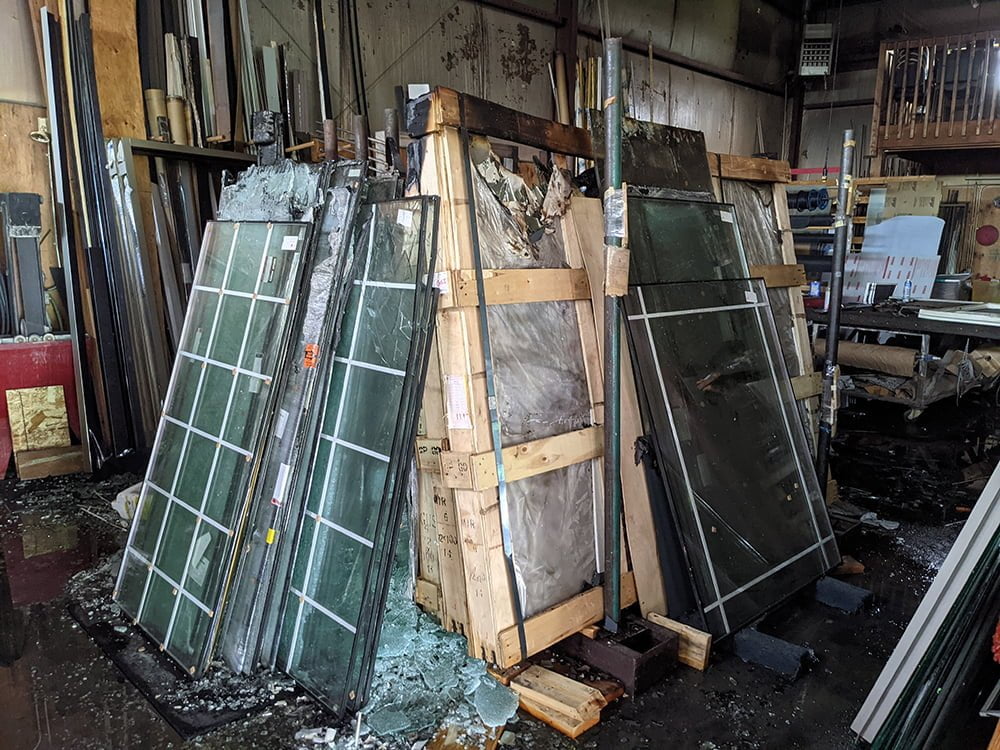 Engine 41, responding from Deer Park, set up quickly to attack the fire, which was burning in the work bay. Brian Mattausch, President of GSI Auto Glass shared that evidence suggests the fire started in a trash can then extended to consume a large quantity of plexiglass. “If it had broke out the rest of the windows it probably would have got some air and really got crazy in there.” Brian Mattausch said.

Crews from the Riverside, Chattaroy and Colbert stations soon joined the firefight. Stevens County Fire District 1 sent two engines and a duty officer from Loon Lake to assist. No injuries were reported. The cause of the fire is under investigation. In total, 25 firefighters responded to the scene with 5 engines.