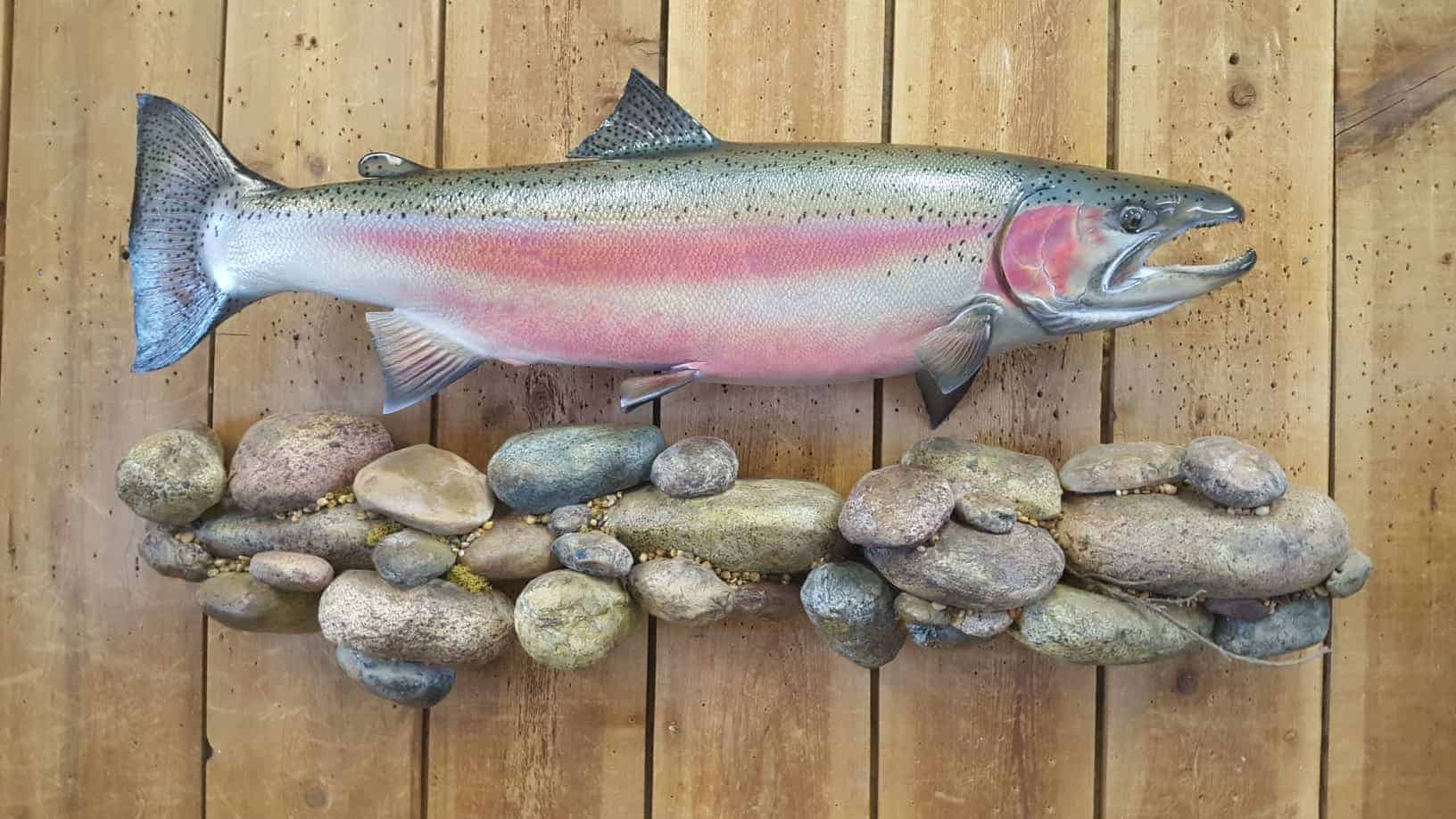 Taxidermy. The term used to bring to mind some raggedy animal head with crazy eyes hanging on a lodge wall. I know this is an antiquated vision, but it still frequently colored my expectations when someone would mention taxidermy to me. Recently, however, I had an enlightening conversation with someone who has a deep appreciation for the animal and the fine points that are encompassed in the art of taxidermy.

The talented Garry Blew has been drawn to art since he was young. He was already an accomplished hunter and enjoyed the sport with his father; he was also a natural artist with a great attention to detail and aesthetic balance.

In his early teens, Garry Blew became interested in taxidermy.  At the time information was not as easy to come by and he had to order a self training course through the mail. Starting with birds, as is common with beginning taxidermists, Blew learned the basics. Growing a love for this new hobby, he worked to develop his skills. With the mail order course, a few years of practice and experimentation, as well as studying the work and technique of others, he became adept at the craft.

After working with birds, Blew started to venture into other animals. He worked with larger game animals, and found that mounting fish was a rewarding challenge. The aquatic animals required special treatment as well as oil based paint touch ups. At the age of 16, Blew bought an airbrush and subsequently taught himself to how to use it. It was a long process.

Later Blew began to participate in shows. The first two creations he entered, a fish and a deer head, won first place in their respective categories. He quickly started to earn ribbons and recognition for his work, especially in the fish category. Through his experience with the shows and competitions, Blew realized there was a niche market for fish taxidermy and began to make it his specialty.

Within a few years, Blew had earned enough show points to compete at Nationals in the Division of Excellence. Blew found himself competing against a taxidermist from Georgia that he had long admired. “As I was coming up I kind of idolized his work, and would think, man is his stuff nice!” Blew won that competition to become North American Champion. “It was very rewarding to compete against him and come out on top, “ said Blew.

If you are looking for taxidermy services Garry Blew suggests that you go visit the artists that you are considering hiring. The quality of their work will become apparent and make the decision easier.

Though Blew is known for fish and thoroughly enjoys working with them he also is happy to work with many other animals and likes the variety.