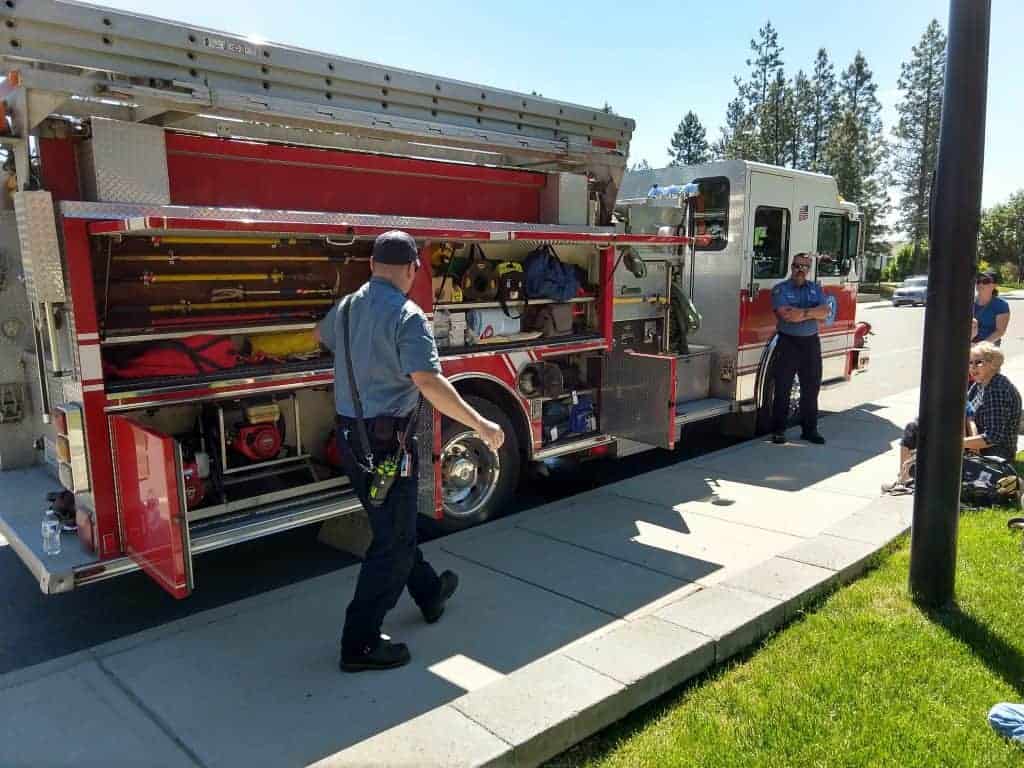 “Step on up and touch a fire truck” was the message of this storytime.

Entertainment, education, and hands on fun was had by all at Deer Park County Library May 23rd during its regularly scheduled story time. The day’s program focused on firefighters. The event was made even more special when Spokane Fire District 4 showed up to give the kids a hands on introduction to what it means to be a firefighter.

Sixty-eight people showed up to listen to stories, dance, play, and learn more about firefighters. The kids were read three theme based stories; in between each book there was a get-to-your-feet activity like the Silly Dance Contest, and Crazy Traffic Light Game. The kids were smiling and laughing throughout. Who knew an orange sign would mean to roar like a tiger or that a white one meant to hop like a bunny?

Once this event, presented by Librarian Sharma Shields, was completed, Firefighter Bret and Firefighter Steve were introduced for a question and answer time. One child asked, “Are all fire trucks red?” The answer was that not all are red; in fact some are green, yellow, and white. This fact brought on a flurry of more questions from the kids. Following the discussion time, everyone moved outside, so that the kids could see the fire truck in person. The presentation was tied closely to the books read by the librarian.

The firefighter then turned the tables on the kids and began asking them questions. They covered topics from locating fire hydrants on the street, and how they get the water, to where the hoses, ladders, and other items are attached to the truck. Then they talked about the gear they wear and how the tank, mask, and bunker gear might look a little scary to a kid, but that the people inside them are there to help in a fire so not to hide from them.

Later they covered what to do if you hear the fire alarm going off in your house, and what to do if it goes off at night and the door is hot to the touch. They explained that opening your window and yelling for help and staying by the window and not under your bed is paramount in making sure you are rescued quickly. Also,  you should use the window to exit only if you are on ground level. Finally, the kids were able to climb into the fire truck, ask individual questions to the firefighters, and take pictures with the fire truck while wearing their brand new plastic firefighter hats.

As if that was not enough, they also had their regular free play activities for the kids in the meeting room.  Parents were given the opportunity to continue their adventure at home because the library had laid out a display of firefighting related picture books that could be checked out.

The Deer Park Library has two story times right now: Toddler Play Learn (ages 1 ½ – 3) on Tuesday, and Preschool Play and Learn (ages 3 – 5) on Wednesday, both at 10:30am. However, starting June 18th they will have different story time events at the Arcadia Elementary Gym at 10:30am on Mondays throughout the summer. 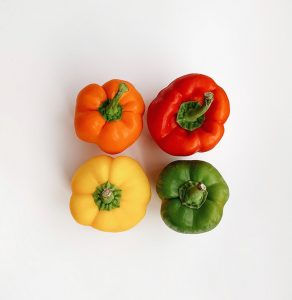 Look Before You Buy 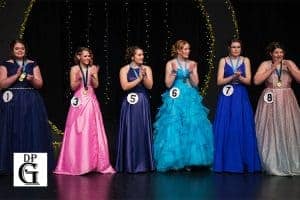 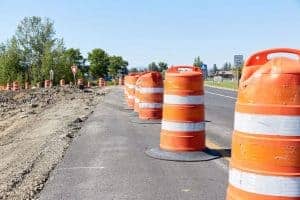 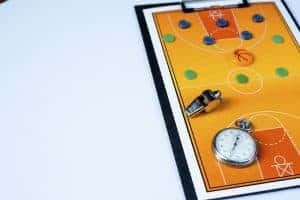