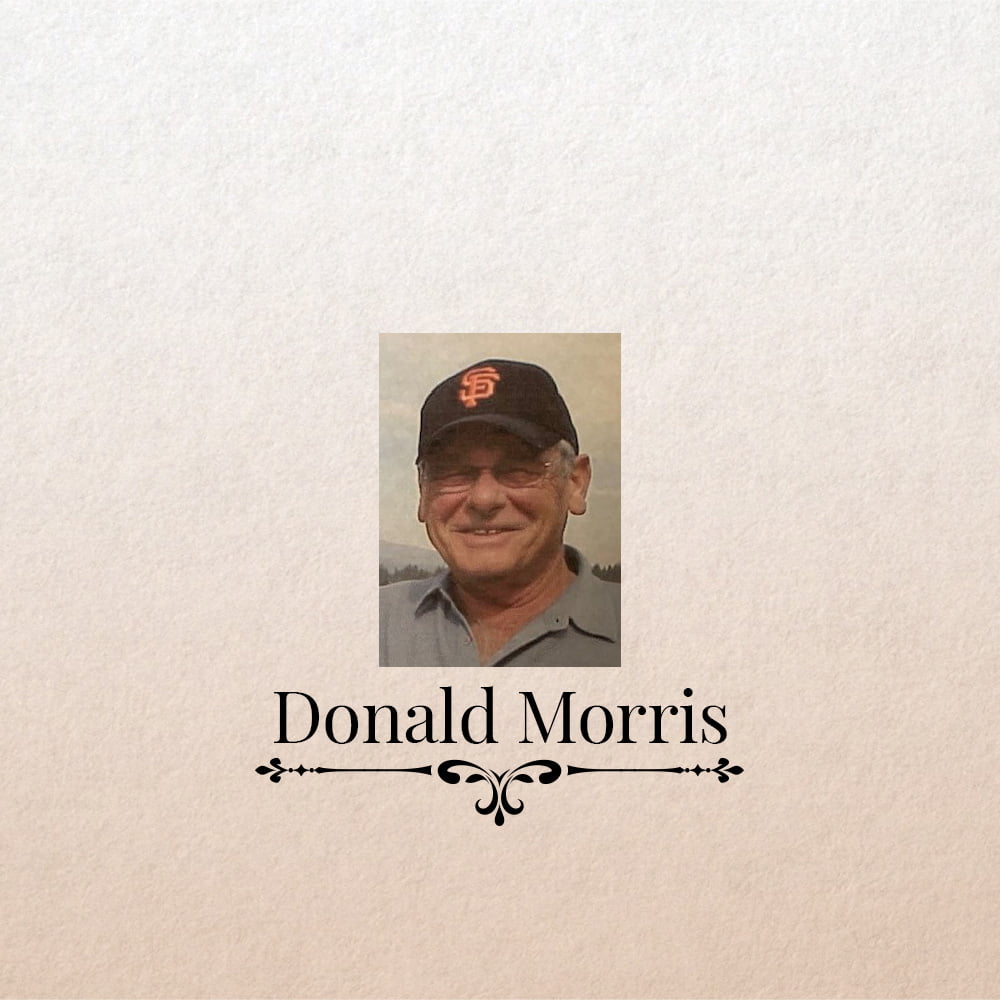 Donald moved to California at the age of 17 where he attended and graduated from the College of San Mateo in Northern California, with an AA degree in English.

He had a green thumb and enjoyed gardening, from roses to trees to vegetables; his favorite plants were his lilacs and Abraham Lincoln Rose. He enjoyed many rounds of golf in Deer Park, WA and all around the United States. He liked grabbing his tackle box every chance he got and hit the lake for some great fishing. He loved the San Francisco Giants and 49ers. Rarely would you see him without his SF Giants hat on. His favorite music included the Mills Brothers and Lou Rawls. Don and Christy enjoyed being full-time RV’ers for 28 years, as snowbirds between Deer Park, WA and Casa Grande, AZ. He will be deeply missed by all that knew and adored him.

After the loss of his first wife, Jerri (Ambrose) Morris, he married Christy Gall on January 28, 1995 at Carson Valley Casino.

He was preceded in death by his first wife, Jerri; son, Dario; his parents; sister, Carol Cooney.

Memorial contribution in Donald Morris’ name can be made out to American Liver Foundation in Care of Lighthouse Family Mortuary, 2525 W 16th Street #C, Greeley, Colorado 80634. To leave condolences for Donald’s family, www.lighthousefamilylfm.com

A gathering will be held at a later date in California where he will be laid to rest at Alta Mesa Memorial Park in Palo Alto, CA.