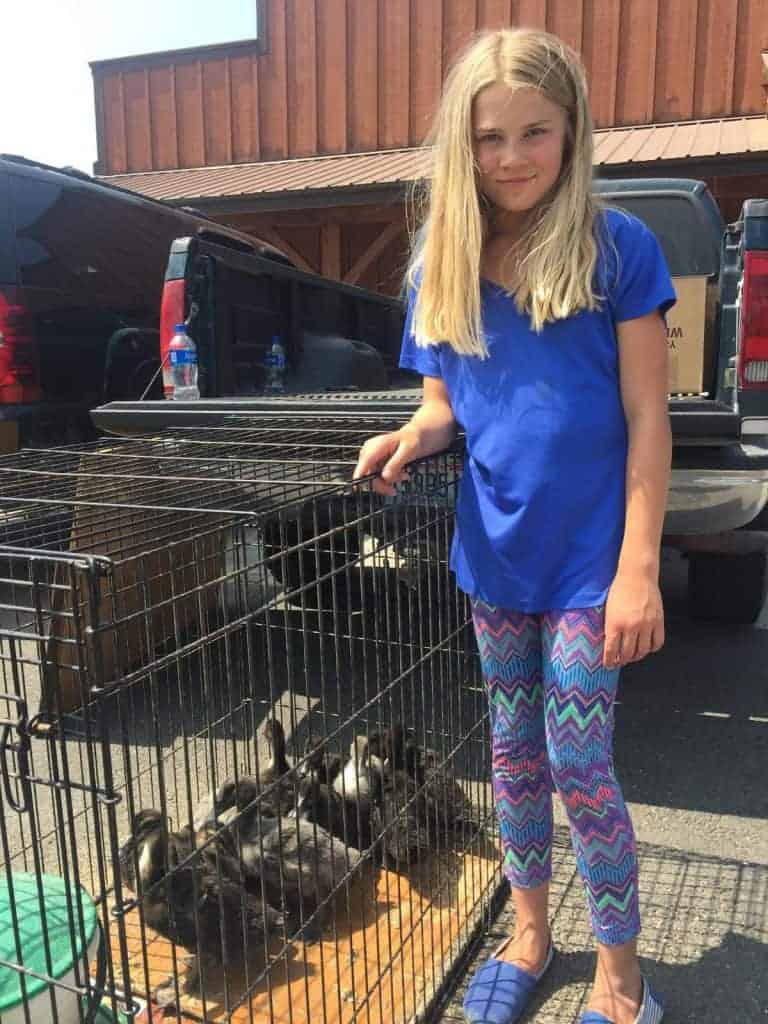 On Saturday, July 28th, Inland Feed & Farm was generous enough to allow the Deer Park Animal Swap to set up in their adjacent lot. Victoria and Ryan D’ambra have taken up organizing this event; they said this swap has been the biggest yet. There were people from all over the surrounding area, Medical Lake and even as far away as Idaho.

What is an animal swap, you may ask? This event is just like other kinds of swap meets, except instead of buying knock off purses or vintage furniture, you buy, sell, or trade animals (there was even a free critter or 2 being given away).

The swap was a menagerie of animals, including: ducks, chickens, calves, rabbits, quail, a puppy, and some Vietnamese pot belly pigs.

I was impressed by how well all the participants cared for their animals, making sure they had plenty of water and shade to protect them from the heat.

Every person I spoke with was very friendly and eager to share their knowledge of the various animals that they raised. I learned that Boer Goats are good for meat, while Nubian goats are better for milking; the mini goats were so cute, it was tempting to take one home as a pet. And talk about an odd housepet, I met Stephanie who has a 200lb housepig named Goliath, and Goliath has a mini Boer goat as his companion! Emily and Hayden, from Quack-N-Gobble Farms, enlightened me with their great knowledge of Heritage Turkeys.These domestic birds are not your average Butterball; Heritage Turkeys, though smaller than most, can actually be trained like a Chihuahua. They will even hunt and kill mice; it sounds like the average barn cat may have some competition. I enjoyed all the animals, and even got to hand feed some ducks.

Mr. and Mrs. D’ambra were very pleased with the turnout, and said they hope to host another swap sometime in September. If you are interested in bringing some of your own animals to the next animal swap,  contact Victoria and Ryan on Facebook @ Deer Park Animal Swap.

This is a fun & free time for kids, but be prepared, it’s a zoo out there!