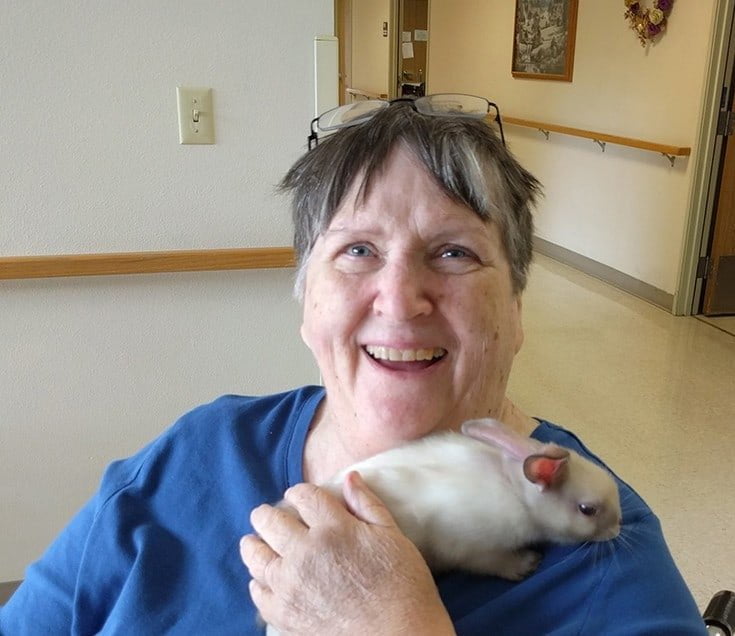 Joan Merrick Schut, loving wife, mother, grandma, and friend to many, joined Jesus in Heaven in time for Christmas. On December 19th, Joan took her last breath on earth and went to be with her Savior.

Born July 29th, 1948 in Spokane, Washington to Ken (Robert Kenneth) and Betty (Elizabeth) Merrick, Joan was the youngest of three children (sister Janet and brother Arnie). Joan was a renaissance lady, from working on a cattle feedlot to becoming a veterinarian technician, then later to become a librarian, and reseller of used toys and decor.

Joan married Michael in June 1975; they immediately left for the Azores where Michael was stationed with the Air Force. Later the couple moved to Madrid, Spain, where their son Richard was born, moving again to Maryland, then Kentucky, where daughter Elizabeth was born. The couple then returned to Washington state, first to Pateros, then Deer Park, Loon Lake, Chewelah, and finally landing in Deer Park again. This roundabout journey brought them much joy and many exciting experiences.

Remembered by all who knew her as loving and joyful, Joan’s bright smile and fun laugh were always welcoming. Joan was an accomplished musician, playing the guitar and the keyboard, leading worship at many churches, camps, and retreats. Amidst all of her jobs, her favorite career was that of being a loving wife, homeschool mom, doting grandmother. A dedicated prayer warrior, she was an introvert who loved people.