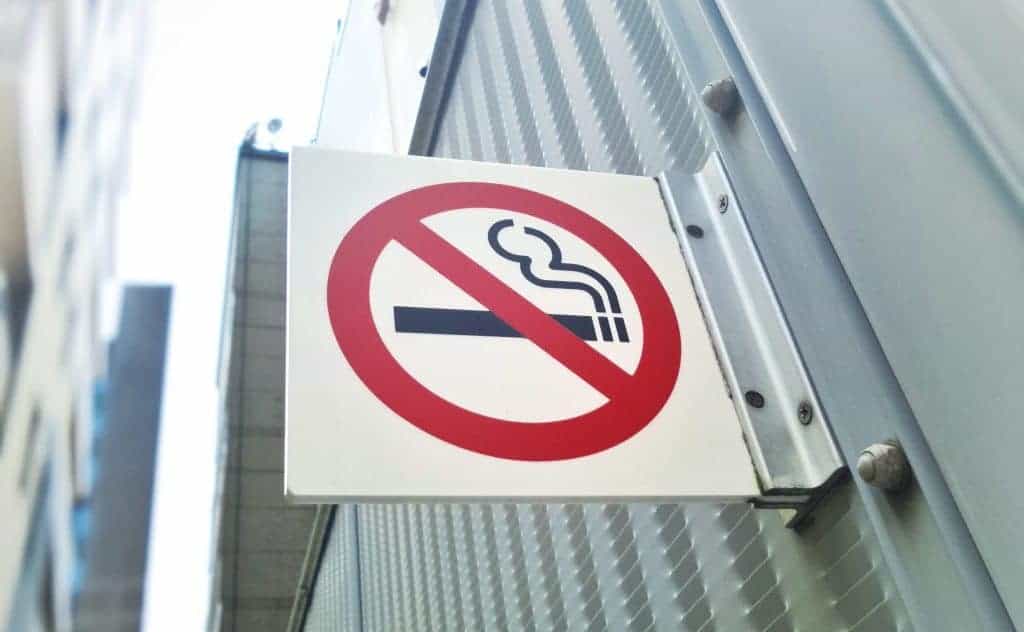 As of January 1st, 2020 it is officially illegal to purchase tobacco unless you are 21 or older, to anyone under Washington State laws of course. With an overwhelming majority of 33 yea’s to 12 no’s on the Senate floor, there is no stopping HB 1074 from becoming a law.

Washington state legislation seems to have made this a more lax law. In fact, according to the legislation, this law will not make it illegal for adults 18-20 to smoke. According to District Senator Shelly Short, this was not an accident either. “[what HB 1074] did not say is that  you could not have those items on your person. It said you could not purchase them; obviously going to a tribal smoke shop or into another state [would not be illegal]”, says Short.

Another thing the bill changes is how stores sell tobacco. The original law stated it was illegal for a minor to purchase tobacco, and the seller can be charged with a gross misdemeanor. Although the seller can still be charged, HB 1074 now states that a person buying tobacco only has to show ID if the seller asks to see ID.

This begs a couple of questions that remain unanswered:

Supporters of HB 1074 stated that this bill was intended to protect the youth of Washington state from tobacco products. With the percentage of minors using tobacco being at an all time high, it’s easy to see there’s a problem.

“Youth are particularly susceptible to addiction and risky behavior, and research shows that there is a decreased likelihood that you will start smoking if you do not start by age twenty-one”  states the Senate Bill Report.

The bill states that the main reason we see tobacco in schools is because many students don’t graduate until after their 18th birthday, thus creating a market for minors to purchase tobacco. The way our legislators handled this problem is by raising the age to purchase tobacco to 21, thus creating fewer eligible buyers for minors, and hopefully keeping tobacco out of school.

There were two main reasons not to pass the bill that the opposition presented. One stated that this bill would financially harm Washington state and privately owned businesses that sell tobacco products. This is because Washington state gets 44% of its retail tax from cigarettes alone. Privately owned businesses make 18.2% of their profits in cigarettes alone. This was a big fear for many of the more capitalist opposers of the bill.

There was also a big fear that the government was overextending an arm in people’s personal lives, that this bill bordered on being unconstitutional, and that it could have a negative effect on the future of Washington state.

“If you can go to Afghanistan you should be able to buy a pack of cigarettes,” says Joel Kretz, representative for District 7. “I think we need to keep those temptations away from our kids but at the same time you’re considered an adult for most things at 18, and I think they have a right to make that decision.” Kretz was opposed to HB 1074 because he believed that adults should be able to use their right to choose to use tobacco or not.

On the other side of the aisle was Representative Jacquelin Maycumber, who believed that the bill needed to be passed because “[We] don’t even know what’s in the vape, and opiates are starting [to occur] within the vapor product itself”.

One thing all the legislators agreed on, and most people can probably agree on, is that there is a problem with tobacco and nicotine products in school, and it needs to be addressed.

Many young people, using tobacco and not, have shown concern about this bill. A lot of them feel as though this bill is infringing on their rights, and fear that this bill was passed with bad intent.

HB 1074 was first proposed by District 17 Representative Paul Harris, someone who has lost many family members due to tobacco related diseases. “I think it’s just a real passion he has, to eliminate smoking related things,”  says Kretz. All of the District 7 legislators said that they do not think this bill was passed with any intent other then the intent to eliminate the use of tobacco and vapor products in school.

In response to this concern, Rep. Maycumber says, “Individuals from the age of 18-21 are the lowest density voters and I would like to see that number back up. I really hope to see those individuals really take the initiative to be a part of the system that is ‘controlling them’’.

So, put lightly, if you want to have a say in how your government is being run, especially if you’re concerned, you need to vote. Voting gives you that say; voting gives the people power. The only time your vote doesn’t matter is when you don’t use it. If you’re not already registered, register to vote here dpgazette.com/regvote.