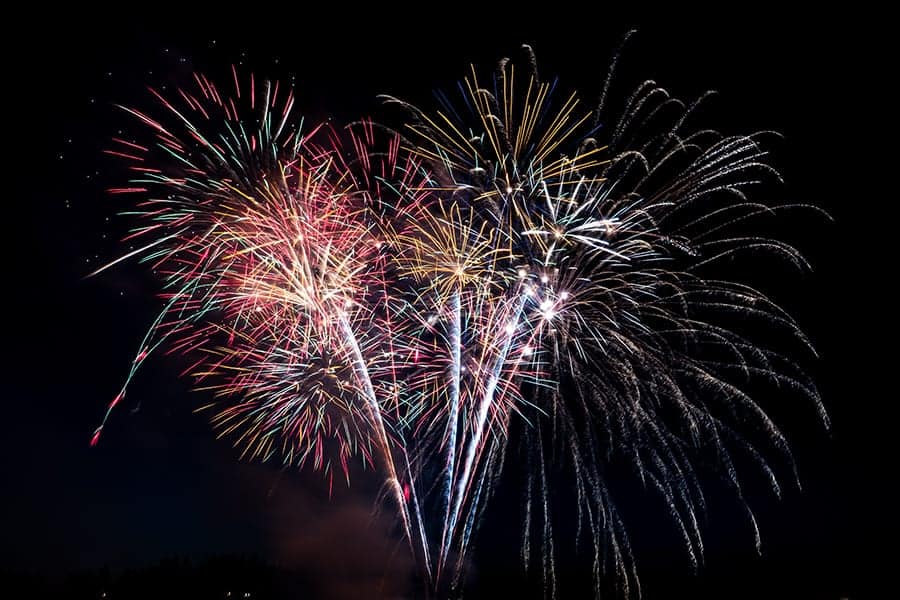 Consumer fireworks have been a hot button topic for over a year now.  We recently celebrated our last fourth of July with the old ordinances, as the new ones will take over in November. The City Council very nearly banned them completely, but instead agreed to allow them, but on a much stricter timetable.  Almost as a peace offering, the city also decided to double the budget for the public show. So how did it go? Was it worth it?

Most of the feedback on the Deer Park Fireworks Facebook page has been positive.  Several have said that the disturbances and misbehaviors were far less this year. The crowds coming in to town were rather large, and although many came for the show, many also came because it is legal to set off consumer fireworks within the city limits of Deer Park. There were some minor confrontations with those who didn’t know the rules, but it seemed to be far fewer than in recent years.

It was suggested online that posters or signs could be put up with the city rules, as outsiders coming into town to enjoy the 4th do not know the ordinances.  I would add that next year the new rules with restricted hours will take over, so having signage and several places online with rules would be a wise step.

The city doubled the budget for the actual firework show this year from $5,000 to $10,000, which seemed to double the length of the show, and little else.  I hate to look a gift horse in the mouth, but… I’m going to.  I sat and watched the show, ready to feel the delight of a child and the swell of patriotism, but come the end of the show I was disappointed.

Maybe it’s the writer in me, but I was hoping for a little more plot in the fireworks show.  A slow build as the intensity increases, then a grand finale that makes everyone oooh and ahhh for several moments.  Instead, the audience was met with groups of 3 fireworks for what seemed like an eternity, and then a finale of about a billion fireworks all at once.  It was such a chaotic and abrupt ending I failed to grasp that it was the finale until there followed no more explosions.

I’m hoping that the city will take this as a good jumping off point; as I said, the extra money was truly a gift to the citizens of Deer Park and the surrounding area, and perhaps we can only go up from here.

Our New Year’s celebration will include consumer fireworks; this new ordinance has been met with far more praise than other recent decisions.  Several said that fireworks are set off for the holiday anyway. Fewer people seem bothered by their use at this time of year as the fire danger is far less when there is two feet of snow on the ground.