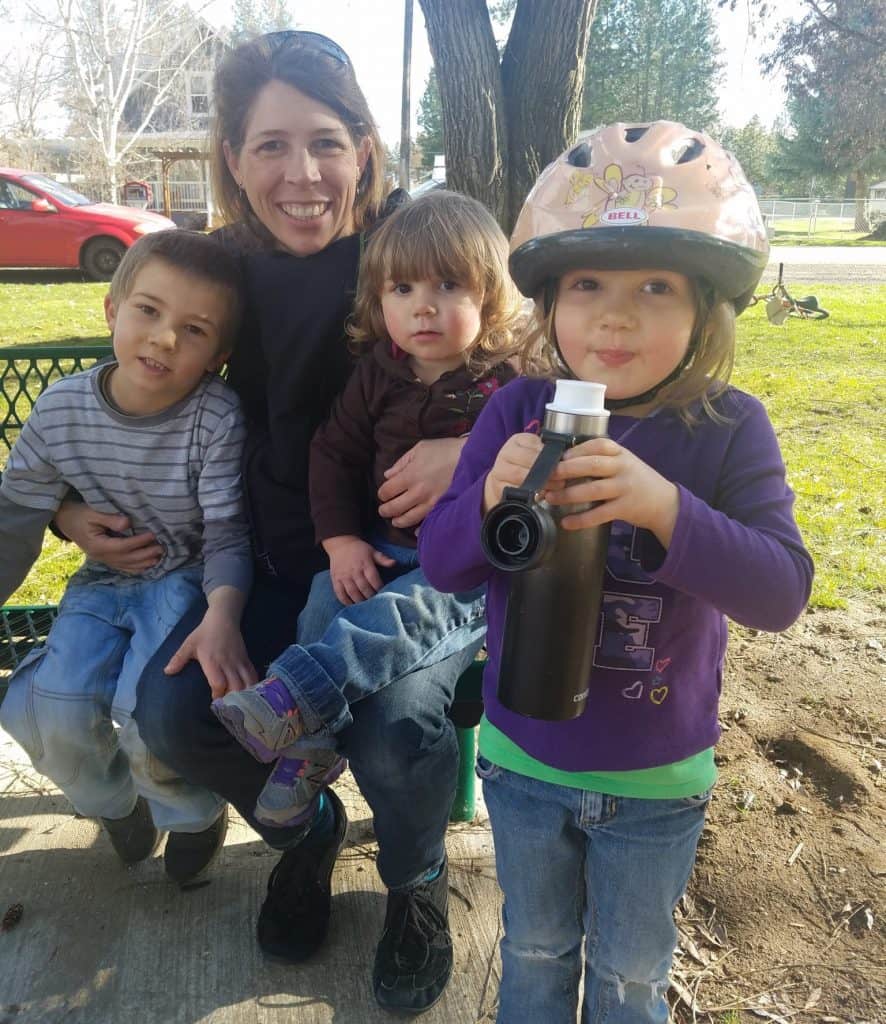 Tanja was born in Boeblingen, Germany, and moved to America two years and eleven months ago. She married an American she met while traveling in New Zealand, and they have four children together who are ages six, three, one, and soon-to-be-born.

Tanja’s favorite memories of Germany focus on outdoor recreation. She particularly misses the way the public had access to walk across and enjoy any land. Farms, fields, and forests were all equally available to the German public to enjoy, though each family had little personal space. Tanja remarked on just how many Americans had their own larger amount of property.

While Germans seem to have more freedom to enjoy the beautiful landscapes surrounding them, Tanja remembers much less freedom for individuals who wish to deviate from the social norms. She and her husband, Todd, now homeschool their children, but in Germany homeschooling is outlawed by the government, and she says, “There’s more pressure to conform to society.”

American culture overall has seemed more friendly to Tanja as well. While there are still cultural differences in communication and friendship building, the general impression of America she holds in her mind is one of friendliness and welcome. Her new country has made such an impact on her that after only two years of living here, she considers Deer Park to be her home.

When asked about her childhood and formative years, Tanja spoke of her older brother and parents in somewhat distant terms. Her closest friendships were formed outside the home, though her family did make a vacation together each year a high priority, as well as birthday and holiday celebrations. Tanja is now a Christian and attends church, but her parents weren’t interested in any religious pursuits. The spiritual influence on Tanja’s life came through a woman named Wilma. Wilma was the leader of a local girl’s club similar to Girl Scouts, and Tanja became her helper as a fourteen-year-old when she aged out of the program.

When asked about what has been the most difficult thing about living in a new culture, Tanja responded with three challenges: finding friends, getting to know others, and going for walks.

“Even though the culture is pretty similar, it’s still different in its communication and lifestyle. I went to a Bible School in Germany whose student body was 80% American. The director of that school once told us that if an American says, ‘We’re going into town for some shopping later today,’ they mean that everyone is invited – whereas if a German says something similar they will later invite specific individuals who they want to go.”

Thus Tanja had difficulty recognizing when invitations were for her or not, and this had made her hesitant to join in on group outings for awhile after arriving in America.

Getting To Know Others

“Americans are very careful about not getting into your space. When I first arrived in America, we were living with another family, and the wife never asked me any questions. Finally she asked one question – and apologized for being so nosy. In Germany, you get a lot of back and forth questions immediately, and it’s not being nosy, it’s being interested.”

The final challenge has been a more frequent occurrence, due to Tanja’s outdoor lifestyle and general American friendliness: whenever she’s out on a walk with her kids, people tend to  stop to ask her if she needs a ride. Tanja takes her kids on at least one walk a day, and this is one area of her life that won’t be changing to fit American norms.